In December 2017, Carnegie Mellon poker playing computer Libratus has stunned the world by winning 1.7M in a 20 days tournament against four poker stars.

In a nutshell, Libratus is a decision-making agent that takes decisions in an uncertain environment, exploring the potential consequences of their own choices using complex estimates of the world around.

This course is a study of the basic building blocks of decision-making agents, which are abstract entities living in an uncertain environment and are guided towards the realisation of given objectives.

An agent is typically endowed with a knowledge base, a collection of facts expressed in some logical language, and an action repertoire at each state. The agent can reason about the environment, using their knowledge base, and take decisions accordingly. The environment is typically unknown, stochastic, and evolves following some rules that might be unknown to the agent, as well. On top of this, it is usually inhabited by other agents, which may or may not strive to achieve similar objectives. The task is to take the best possible decision that can be taken given the (incomplete) information available.

This simple model is the basis of a number of important achievements in AI, and combines the use of logical, game-theoretic and algorithmic analysis.

The course will be an exploration of the basic methodologies for the design of artificial agents in complex environments. The course will first start with classical AI approaches where these agents are goal-oriented and take decisions in a potentially unknown environment.

Then it will move on to more sophisticated models allowing agents to have a representation of the other agents, their potential decisions and their goal, a representation about the representations of other agents, and so forth. This induces complex patterns of strategic reasoning, both in competitive and cooperative interactions, which need to be formally modelled and analysed. 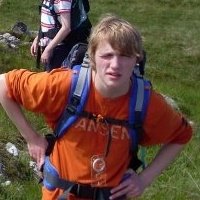 The course will be an investigation of the most important developments of AI in multi-agent contexts, touching upon themes such as opponent modelling, games with imperfect information, resource allocation, collective decision-making and electronic commerce applications.

Students will learn the basic methodologies for the design and the analysis of AI in complex systems with many interacting agents, ranging from competitive to cooperative interaction. The course take will be interdisciplinary, touching upon themes that are important for computer science, economics, and philosophy.

By the end of the course the students will learn how to programme a strategic agent participating in an auction. During the allocated seminars time students will be receive support on the programming skills required for the task (Python), from scratch.

The format will consist of three hours of lectures, followed by one hour of lab exercises, throughout the whole module. Seminar time will be devoted both to theory and to practice.

Exercise sheets will be provided, as well as samples of previous exam papers of mine.

Materials will be updated here after each lecture.

There are no prerequisites for this course. This course is open to students studying any discipline at University level. We welcome individuals from all backgrounds, including students who are currently studying another subject but who want to broaden their knowledge in another discipline. Students should also meet our standard entry requirements and must be aged 18 or over by the time the Summer School commences and have a good understanding of the English language.

Please note changes to the syllabus and teaching team may be made over the coming months before exact set of topics are finalised.