Check out this selection of videos on the subject of ancient feasts and feasting created by our Warwick Classics staff and students.

Ancient Feasts: A celebration of festive cooking in Greek and Roman antiquity at the Herbert Gallery in Coventry

Students and staff from the Dept. of Classics and Ancient History at Warwick will be holding an event on Ancient Feasts at the Herbert Art Gallery and Museum in Coventry. this Spring. At the event you will:

We are inviting local schools to design posters and make short videos which will be visible throughout the day of the event in the Herbert Gallery. These posters and videos can be about ancient or modern feasts, and we are especially interested in the diversity of feasts which occur in the cultural mix of modern day Coventry.

All Primary Schools who take part will be entered into a prize draw to win a FREE virtual session with the Romans at Lunt Roman Fort worth £150, thanks to the generosity of the Herbert Gallery and Culture Coventry. 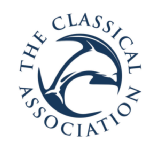 If you want your school to be involved, please email Dr Paul Grigsby at paul dot grigsby at warwick dot ac dot uk

As the nights draw in and Autumn turns to Winter, staff and students at the University of Warwick are working alongside Visit Coventry and the City of Culture team to highlight the vibrancy and diversity of the food scene in the region.

Led by Warwick's Global Research Priority on Food, our 'Feast ​Food Festival' will explore how all cultures celebrate by eating and drinking together. Showcasing the making, history and meaning behind lots of different ​festive foods and drinks, we will take a deep dive into their ingredients, techniques ​and stories. We will work with Coventry and Warwickshire food and drink businesses, researchers and the wider community to celebrate what’s on the menu in Coventry.

In November and December 2021, we are supporting a number of further linked initiatives and events including:

Further details to be released soon !