The shortlist for the Wolfson History Prize 2018 has been revealed, recognising and celebrating books which combine excellence in historical research with readability for a wider general audience, and includes Heretics and Believers: A History of the English Reformation by Professor Peter Marshall of the Warwick History Department. The overall winner will be announced on Monday 4th June 2018 at a reception at Claridge’s in London.

For details of all the academic publications of the academic staff of the Warwick History Department, please see https://warwick.ac.uk/fac/arts/history/research/publications/.

The British Commission for Maritime History (BCMH) awards a small number of prizes each year for undergraduate dissertations in the broad field of maritime history. The Commission’s aims are to encourage students to pursue maritime questions in their final year research, and to reward the best of that work. Subjects eligible for consideration reflect the Commission’s view of maritime history as a wide-ranging discipline. It includes topics such as shipping, seafaring, ports, seapower, maritime labour, coastal communities, trade, exploration, shipbuilding, navigation, and fishing, and embraces a wide range of political, economic, social, technological and cultural approaches.

Finn Halligan, undergraduate final-year History student in 2016/17, has been awarded one of the prizes for his dissertation "‘[N]othing can be more uninteresting’: The Social and Cultural Contexts of Navigational Instruments and their Development between c.1600 and c.1800", arising from his Special Subject module "Treasure Fleets of the Eastern Oceans: China, India and the West 1601-1833".

Dr Fred Reid, former Head of the History Department, and Mrs Etta Reid will each receive an Honorary Doctor of Letters (DLitt) in our graduation ceremonies next week, for decades of charity work helping local blind and partially sighted people in Kenilworth and the local area. For more information, please see the Leamington Observer article. 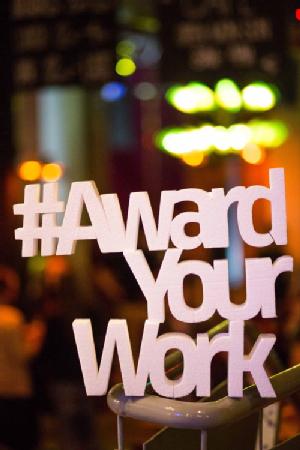 The Undergraduate Awards (UA) has announced the winners of the 2016 programme, including the Global Winner and Highly Commended Entrants from the University of Warwick.

Cited as the ultimate champion of high-potential undergraduates, and often referred to as a “junior Nobel Prize”, The Undergraduate Awards is the world’s largest international academic awards programme, recognising excellent research and original work across the sciences, humanities, business and creative arts.

The Undergraduate Awards received a record number of submission in the 2016 programme, totalling a massive 5,514 papers from undergraduates in 244 institutions and 121 nationalities. The Global Winner is the highest performing paper within it’s category and Highly Commended Entrants are those who were ranked in the top 10% of submissions.

Congratulations to Emilia Antiglio who is the Global Winner 2016 of the History category with her paper, ‘The Diffusion of 'Porcelaine des Indes' in Eighteenth-Century France: from Lorient to Paris and beyond, 1720-1775’. Emilia was a Politics and International Studies student at Warwick University from 2011 to 2015, who chose to study the History Department special subject "Treasure Fleets of the Eastern Oceans: China, India and the West 1601-1833" in her final year, and her essay was on the French East India Company and the Porcelain trade, and drew on primary research in the archives of Lorient to build a database of 1,000 records of specific orders and goods received off ships landing in Lorient during the eighteenth century.

The Highly Commended Entrants from Warwick are:

Speaking about this year’s Winners and Highly Commended Entrants, CEO of The Undergraduate Awards Louise Hodgson said “This is a huge achievement for the University of Warwick and its students. UA received the highest number of submissions to date with only the best papers making it through the judging process - the competition was extremely tough and the Judges were astounded at the high quality of undergraduate research in the programme this year. Congratulations to this year’s successful entrants”.

Winners and Highly Commended Entrants are now invited to meet their fellow awardees at the annual UA Global Summit, taking place in Dublin, Ireland on November 8th-11th. The attendees will be addressed by the likes of NASA Astronaut Dr. Mae Jemison, Shiza Shahid of the Malala Fund, MacArthur Fellow Kyle Abrahams, among many more speakers and facilitators.

About The Undergraduate Awards

The Undergraduate Awards is the world's largest international academic awards programme, recognising innovation and excellence at undergraduate level. Cited as the ultimate champion for high-potential undergraduates, UA identifies leading creative thinkers through their undergraduate coursework and provides top performing students with the support, network and opportunities they require to raise their profiles and further their career paths.

2016 Young Scholar Award of the European Association for Chinese Studies

Dr Howard Chiang of the Warwick University History Department has had his paper, 'Mercurial Matter: Medical Science and the Transformations of Sex in Republican China', shortlisted for the 2016 Young Scholar Award of the European Association for Chinese Studies. 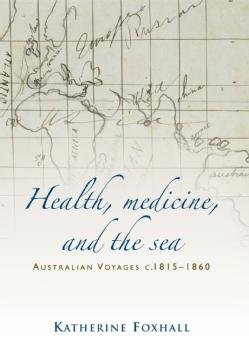 Dr. Katherine Foxhall, Lecturer in Modern History at the University of Leicester and former PhD student at the University of Warwick, has won the Harold D. Langley Book Award for Excellence in the History of Maritime Medicine for her book, Health, medicine, and the sea: Australian Voyages c. 1815-1860 published by Manchester University Press in 2012.

The Award announcement was made at the joint North American Society for Oceanic History, Naval Historical Foundation, North Atlantic Fisheries History Association and Society for the History of Navy Medicine conference held in Portland, Maine. The Award was created in honor of naval historian and retired Smithsonian curator, Dr. Harold D. Langley, who is also a Board member of the Foundation for the History of Navy Medicine. Board President RADM Frederic Sanford, MC, USN, RET and Dr. Kenneth J. Hagan made up the prize committe that selected Dr. Foxhall’s book.

Dr. Hagan writes, "Katherine Foxhall’s book cause[s] the reader emotionally to enter her poignantly depicted world of suffering souls making the seemingly endless sea journey from England and Ireland to Australia in the latter days of the age of sail. She has been able to paint her vivid verbal portrait by meticulously examining and digesting the hitherto largely ignored reports of surgeons who made the voyage charged with maintaining the health of free emigrants and convicts destined for a new life Down Under. It was a six-month’s travail of extreme hardship, seemingly endless deprivation and always-looming danger of death from disease. These surgeons were compelled to submit a report to the government upon reaching Australia if they wished to be paid for their services on the ship. Theirs are the reports that Katherine Foxhall has mined with the eye of a compassionate humanitarian poet living in the relatively antiseptic western world of the 21st century."

The City of Castellon's Peace Award 2016 has been awarded to the International Summer School on Peace Education. This is in recognition of four years' work by the project which has been developed and led by Dr Malik Hammad Ahmad, a member of the Warwick History of Violence Network and former PhD student of the Warwick History Department.