For any students thinking of applying for AHRC Midlands4Cities funding to complete a PhD, an application workshop will be taking place on Saturday 16th November at Coventry University. Details of the event can be found on the following page:

The workshops are aimed at potential students who are planning to submit an application for PhD research to Midlands4Cities. Practical advice will be given on how to plan your application and structure your research proposal.

You can attend any of the application writing workshops regardless of which M4C institution you are applying to.

We are excited to announce that the University of Warwick, together with Coventry University, is joining with the Midlands3Cities Doctoral Training Partnership (DTP) consortium to create the Midlands4Cities AHRC (Arts and Humanities Research Council) funded DTP.

The Midlands4Cities DTP will fund and train the next generation of highly skilled arts and humanities researchers through PhD Scholarships. 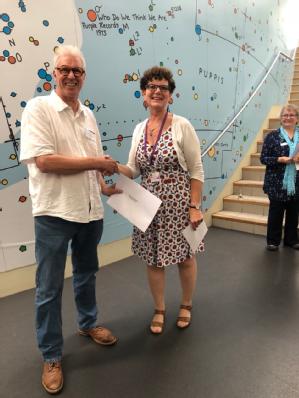 The Poster Competition is an annual event for students to hone their poster design, presentation and public engagement skills. The competition brings together Postgraduate Researchers from across all disciplines at Warwick to compete for both Faculty and overall winners prizes.

In addition to designing their poster, students present their poster to pairs of judges drawn from both business and academia, and colleagues at Warwick from all academic disciplines and central departments. The challenge is to ensure that students can explain their research to a broad audience. 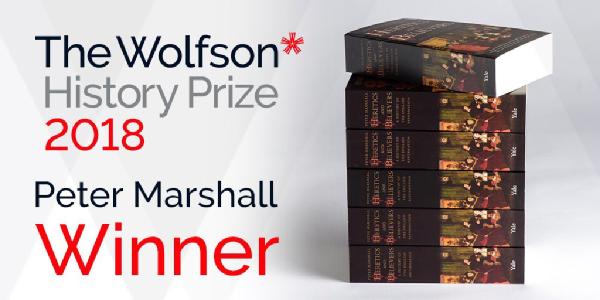 Peter Marshall, Professor of History at the University of Warwick, has won this year’s Wolfson History Prize with his book Heretics and Believers: A History of the English Reformation (Yale University Press).

This year’s winner was selected from over 150 books by a panel of four eminent historians. Expert in Islamic history, Professor Carole Hillenbrand, of the Universities of Edinburgh and St Andrews, joined the judging panel this year alongside Professor Sir David Cannadine (Chair), Professor Sir Richard Evans and Revd Professor Diarmaid MacCulloch.

Former History research student John Morgan (now an Economic History Society Power Fellow at the Institute of Historical Research in London), who successfully defended his Warwick PhD thesis earlier this month, was highly commended in the 2015 Journal of Historical Geography Best Paper Prize. His article 'Understanding Flooding in Early Modern England' (vol. 50, pp. 37-50) was one of three runners-up in this prestigious competition and the department would like to congratulate him on this success.

The Director of Graduate Studies is pleased to announce that the Department will be offering a number of full-time doctoral studentships and MA bursaries to outstanding candidates applying for Autumn 2015-16 admission. The awards will be available to both Home-EU and overseas applicants applying to study full-time. In order to be considered, candidates need to have submitted an online University admission application by 12 January 2015.

Further details of both types of award can be found at http://www2.warwick.ac.uk/fac/arts/history/applying/pgadmissions/pgfunding

Chiara has volunteered for many years for a charitable organisation which offers help to women seeking refuge, and the prize marks a continuation of her efforts to highlight this issue.

La Fenice launched a competition to think up a slogan, which Chiara won with an entry based on the name one of opera’s most famous heroines.

Her winning slogan was:

Chiara said, "This is a topic I'm passionate about, so to receive this award is an absolute honour." The prize was awarded by a jury consisting of leading figures from Venice’s cultural community. 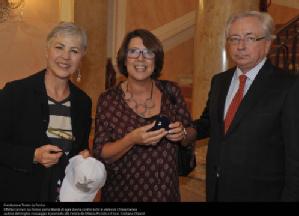 The Warwick Institute of Advanced Study (IAS) has launched the 2013 Warwick IAS Postdoctoral Fellowship Scheme with a deadline of 27th February 2013. The Fellowships run for two years and are open to candidates within three years of their PhD graduation. Full details are available at http://www2.warwick.ac.uk/fac/cross_fac/ias/current/prf/.

The Department of History is permitted to support five candidates for the scheme, and so all potential candidates are required to submit their application to the Department, including a nomination from one of the Department's academic staff, by 15th February 2013. The relevant paperwork should be submitted by email to the Departmental Administrator Mr Robert Horton at R.S.Horton@warwick.ac.uk.

All potential candidates will be informed by the 22nd February 2013 whether or not the Department will be supporting their application.