Since completing a PhD in French Studies as a Wolfson Scholar at Warwick, I have taken a position as lecteur de langue anglaise at the Sorbonne Nouvelle in Paris. I am returning to Warwick for the academic year 2019-2020 to act as tutor in the department of English and comparative Literary Studies.

My doctoral research explores the themes of animal sound, noise and language in medieval French and English literature written in Anglo-Norman England, including glossaries and treatises, bestiaries, hagiography, fables, lyric and song. My work challenges some theoretical assumptions in contemporary animal studies by focusing on how language and sound expression is used to redefine networks of relation between humans and nonhumans in the Middle Ages. I consider the ways important texts from the Middle Ages, including the Fables by Marie de France and the Life of Saint Francis of Assisi use the sounds of beasts and birds to reinforce human exceptionalism whilst simultaneously placing the noises of different creatures back into the mouths of human audiences. I am currently writing articles on Walter of Bibbesworth's Tretiz, the vernacular Lives of St Francis of Assisi, and the literary patronage of medieval consort Adeliza of Louvain.

My postdoctoral project considers the use of ecology and the environment in conceptualisations of medieval medicine, in particular how myths and legends of healing with nonhuman animals and birds were communicated through medieval texts. In broader terms, I am also interested in ecocriticism and the environmental humanities, sound studies and translation studies.

'Translating Cultures of the Past': Further details about this Warwick Monash Alliance funded video project are available on the Centre for the Study of the Renaissance website.

Medieval Song at Warwick: I run the student-led music programme in partnership with Emerita Professor Linda Paterson as part of her AHRC funded project 'Lyric Responses to the Crusades'. The Medieval Song at Warwick group will be performing at a number of events this academic year (2014-15), including a short lunchtime concert for the 'Hearing the Voice, Hearing the Soul' symposium on Friday 5 June, and the Warwick Student Arts Festival (WSAF) on Monday 22 June, at 6pm in the Warwick Arts Centre's Ensemble Room. The group will be singing a selection of Crusade songs, medieval French secular songs, and the Occitan Lai Nompar.

In March 2016 I gave a guest lecture for IATL's 'Human/Animal Relations' module entitled 'Animals in History: Reading the Bestiary'. I am happy to discuss this lecture further with interested students.

University of Warwick Centre for the Study of the Renaissance ‘Greg Wells Small Research Award’.

The Warwick/Monash Alliance international film project (principle organiser and director): ‘Translating Cultures of the Past’.

'Chaucer in Iceland: A Study of the Impact of Scandinavian Identity on Contemporary Medieval Studies': £1000 project funded by the Institute of Advanced Teaching and Learning, Warwick University

'The Lion in Yvain and the Medieval French Bestiary': £1000 project funded by the Undergraduate Research Support Scheme, Warwick University

‘Quacktrap: Glosses and Multilingual Animal Contact in the Tretiz by Walter of Bibbesworth’ in Words in the Middle Ages, ed. by Vincent Debiais and Victoria Turner (forthcoming: Brepols, 2019).

Review: Jameson S. Workman, ‘Chaucer and the Death of the Political Animal’, Studies in the Age of Chaucer, 38 (2017).

The Warburg Institute (London): ‘Ideas and Society in the Middle Ages and Early Renaissance’. 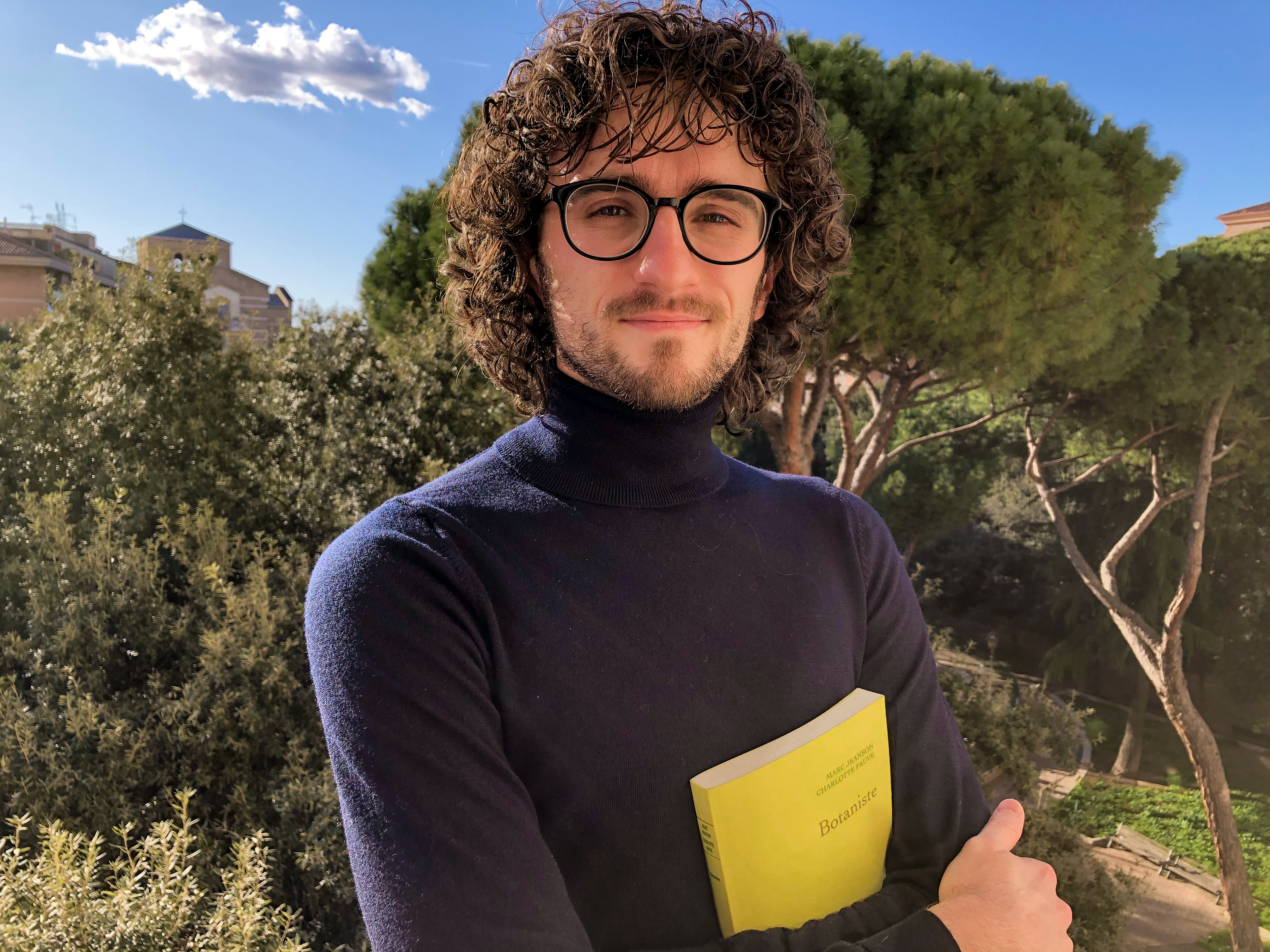 For my CV, see here. 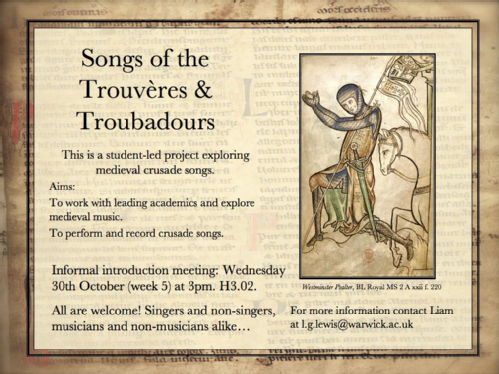