This module allows you to study very recent work by some of the most talked-about and culturally significant French writers of today. The module will give you the opportunity to explore writing you may have encountered or heard discussed while on your Year Abroad in France.

This module is taught jointly by Dr Douglas Morrey and Dr Oliver Davis, with each tutor teaching one of the two terms of the module. Because the texts we read have all been published recently you will be able to engage with them in original ways, guided by your tutors, without having first to get to grips with what preceding generations of literary critics have thought.

You will be encouraged and helped to formulate your own distinctive questions about these books to investigate in your summative essays; in the exam, alongside essay questions, commentary passages from the books will allow you to display your skills of close-reading and analysis. You will be shown how to write commentaries on literary material. You will be guided about appropriate secondary material - which will sometimes be literary-critical articles and books, where they exist, but may also be book reviews from the French press, short videos of authors and readers talking about the works or articles and books by sociologists and other thinkers – and a specially tailored training session on research skills will show you how to look independently for secondary material as you prepare to write your summative essay(s).

Many of these novels feature characters who are struggling to adapt to life in France in the ongoing period of economic, religious and social crisis; these and related common themes shared between the texts selected for study would allow you to write essays comparing two or more of them, if you wish. At the same time, there is thematic variation in the selection of texts, with one focused on the French meat industry (Joy Sorman's Comme une bête - see the author talking about her book here) and another which embodies the paradox of an American novel written in French and thereby contributes to the conversation about so called 'World Literature' (Tanguy Viel's La Disparition de Jim Sullivan - he describes his novel here). On the formal and conceptual side we will think about how literary writing can be understood as political and how useful the literary-critical concept of 'genre' is when thinking, for example, about the new and developing genre, or subgenre, of 'le roman d'entreprise' (or 'workplace novel'). In addition, we will explore how recently popularised genres of French writing - autofiction and documentary-fiction - blur the boundaries between the imaginary and the real. 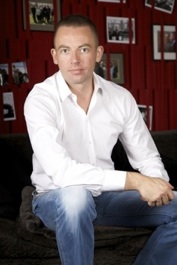