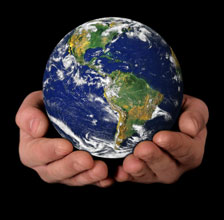 Who or what is the global audience? How are the meanings of commercial cultural products interpreted as they travel around the world? Is there such a thing as a ‘global’ consumer culture, and what are the dynamics at play between local audiences and global media products? How are emerging media technologies altering relations between producers and consumers of popular cultural products?

In this module we will reflect on the nature of media audiences and how they accept, reject or reinterpret the messages they receive from global media producers of TV, music and film.

We will explore how message makers or producers (artists, broadcasters, filmmakers, advertisers, etc) try, and sometimes fail, to shape and adapt their messages for different social and cultural contexts. In so doing we will pay attention to the relationships between cultural identities and cultural products which help to form them, and reflect on how transformations in the global commercial production of media are related to social identity (national, regional, individual, communal). Taking a holistic view of the audience, we consider the ways in which cultural consumption challenges established regimes of meaning as well as shapes emergent communities.

The module will draw on the traditions of reception and audience research as they have been shaped by media and cultural studies as well as anthropology and sociology. We also touch on influential perspectives that advertising and marketing sectors have drawn on in addressing and ‘solving’ the problem of the audience. We will also host sessions on practical work with audiences through hands-on case studies.

Through the study of these multiple perspectives and examples taken from contemporary and historical global commercial culture, you will develop an understanding of the conceptual and practical challenge of the global audience.