Professor Nicolas Whybrow is retiring early at the end of October 2020 owing to recent ill health. He is a long-time member of Theatre and Performance Studies at Warwick, joining in February 2004. A former Head of School (2014-2017), Nicolas taught across a range of modules, most notably Performance and the Contemporary City and Live Art and Performance. In 2010 he won the Warwick Award for Teaching Excellence.

Nicolas played a leading role in the University’s research culture, being appointed as thematic lead for two of its GRPs, Sustainable Cities and Connecting Cultures. In 2017-2020 he was the PI on a 3-year AHRC-funded practice-as-research project entitled Sensing the City, which culminated in a multi-medial exhibition at the Herbert Art Gallery, Coventry and an edited book, Urban Sensographies (2021). Meanwhile, his book Contemporary Art Biennials in Europe: the Work of Art in the Complex City appeared in 2020.

Further details about Nicolas are available on his staff profile on the Theatre and Performance Studies website. Happily, he retains his connection to the University as Professor Emeritus. 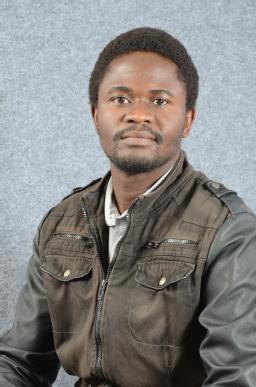 We are happy announce that Dr Pedzisai Maedza will be joining us on 1 January on a 2-year Newton International Fellowship to work on the project 'Chains of Memory in the postcolony: Performing and Remembering the Namibian Genocide'. He is currently a Senior Lecturer in Theatre and Performance at the University of Zimbabwe. He received his PhD from University of Cape-Town, SA, in 2018; with a DAAD scholarship that facilitated his research at Mainz University. Pedzisai is a writer, director, actor as well as someone who has published widely. In 2017 his monograph Performing Asylum: Theatre of Testimony in South Africa was published by the African Studies Centre at University of Leiden, Netherlands. http://www.ascleiden.nl/news/performing-asylum-theatre-testimony-south-africa. We look forward to working with Dr Maedza in the time he is with us at Warwick.

In this article, the authors interview three African women creatives - Tosin Jobi-Tume (Nigeria) about playwriting/theatre, Germaine Acogny (Senegal) about dance and choreography, and Buhlebezwe Siwani (South Africa) about fine art/performance art and photography - asking them how they engage with African feminisms as African women creatives and how this impacts their work.

Yvette Hutchison has a new chapter, 'African Indigeneity: The Southern African challenge' appearing in Key Concepts in Indigenous Studies, edited by Ganesh Devy (ed.), and published by Routledge. This series was part of Routledge Conversations, celebrating World's Indigenous Peoples' Day on 8 August 2020. A research event was also captured online, and can be viewed here. An outline of the event can be found below:

In Summer 2020 the African Women Playwrights Network launched a video to describe the activities of the network and the rationale for it being founded. Take a look at the video here.