TOP STORY: SCUDD 2021 Conference will be hosted by Warwick

The aim of this conference is to bring together artists, academics, and students to think together about the politics of inclusion: its opportunities, challenges, and limits. The conference begins with a sense that institutional work on diversity and inclusion has tended to rearrange the deckchairs but leave the ship intact and on course for disaster. This conference seeks to identify and interrogate inequalities of access, safety, and opportunity across experiences of exclusion. The purpose here is to identify both the specificities of lived experiences of structural and systemic exclusion but also to look across exclusory practices and phenomena to build resistive solidarities. Moreover, the conference will debate what it might mean to shift the conversation away from inclusion, which retains a sense of the centre enveloping the margin, and instead think through the possibilities for our campuses and our industry to become sites of anti-exclusion.

The Standing Conference of University Drama Departments (SCUDD) represents the interests of Drama, Theatre and Performance in the Higher Education sector in the UK. SCUDD acts as a mediator with bodies such as funding councils, the AHRC and the Arts Councils and is consulted by such organisations when matters of future policy are discussed and decided. Its annual conference concerns topics, issues and debates relevant to those working in drama, theatre and performance in HE. This year’s conference will make space for reflections on working in our field during covid-19 and will continue discussions around advocacy for - and threats to - the discipline. As part of the conference, SCUDD’s AGM will take place. The conference will be free to attend.

Congratulations to our first year students, Jon-Luke Goodman and Cai Kennedy, who have successfully applied to this year's Clive Barker Award. Clive Barker was a pioneering theatre studies scholar. He worked with Arnold Wesker and Joan Littlewood and wrote influential books such as Theatre Games. He worked at Warwick from 1976 until he retired in 1993. This award is designed to provide practical and financial support for Theatre and Performance Studies students who plan to create a piece of extra-curricular performance, with a view to submitting this work to the Edinburgh Festival or a similar public platform.

Their project is provisionally titled The Awakening of Spring and will offer a modern adaptation and de-contextualisation of the play that inspired Spring Awakening; challenging traditional staging and theatrical conventions with heavy elements of technology, performance art and promenade elements. Taking Frank Wedekind’s 1890 play and transposing it into a 21st Century setting, inspired by the current movement in the light of the death of Sarah Everards’s tragic death. This abstract non-linear deconstruction will also be scrutinising the media, exploring social media and how this relates to physical, domestic and sexual violence.

The students will receive up to £600 to help mount the work and will be given access to rehearsal space and technical support.

Well done Cai and Jon-Luke. We look forward to seeing how this project develops!

This award is designed to provide practical and financial support for Theatre and Performance Studies students who plan to create a piece of extra-curricular performance work in the department with a view to submitting this work to the Edinburgh Festival or a similar public platform. The recipients of this award will receive up to £600 to help mount the work.

Waking in the morning with a splitting hangover and barely more than a few hours sleep, but with fond memories of the shows you saw and the drinks you drank the night before, you embark on another day of shows, flyering and joyful madness. This is how almost every day starts at the Fringe. If you're not hungover, you're still tired. If you're not tired you've probably not slept yet. Things don't really stop in Edinburgh during August as thousands of artists flock to makeshift studios, theatres and even circus tents to revel in new and exciting work from all over the world. It's mad. It's bonkers. And this year it felt a little bit like I hadn't even left campus.

There's been a growing presence from Warwick at Fringe after graduate company Barrel Organ found a hit on their hands with Nothing last year, and various other graduate companies such as Fellswoop and Dumbshow returning again and again with new shows or successful previous ones. But this year, the work from Warwick sort of exploded. Everywhere you looked there seemed to be something from Warwick. It was as if years of creative development, support and some unrest with management had led to be a peak of creative output. 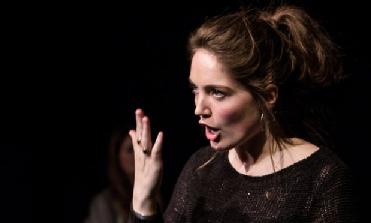 Starting in the morning – groggy as you are – you were able to catch Barrel Organ's new show Some People Talk About Violence (developed at the Arts Centre and Camden Peoples' Theatre) and new company Breach's The Beanfield (originally performed through IATL on campus with support from new writing society Freshblood). Both in development during the general election, they suggested a reaction to a conservative lack of empathy and, in Beanfield's case, the influence of events on campus last year. Both were raging, passionate and theatrically playful and incredibly well-received. 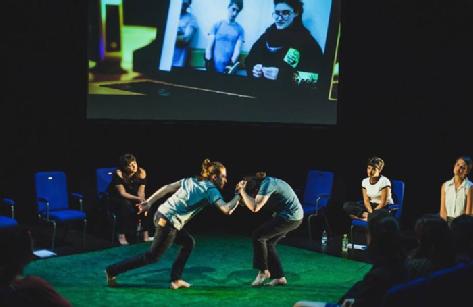 Later in the day you could lose yourself in The Human Animal's Souvenirs, a look at loss, remembrance and letting go accompanied by exciting physical work. Created originally at the Warwick Arts Centre with student societies Codpiece and Freshblood, this was developed further for Fringe in the Theatre Department. 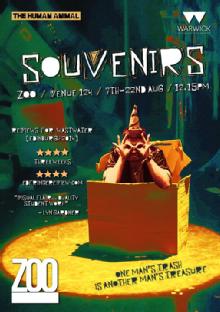 And rehearsing next door was new company Clown Funeral's Mr Poe's Legenadrium, a blend of modern urban myth and gothic storytelling. Winner of the Clive Barker Award in the department, Clown Funeral received financial support as well as use of the studio space to rehearse during the summer. 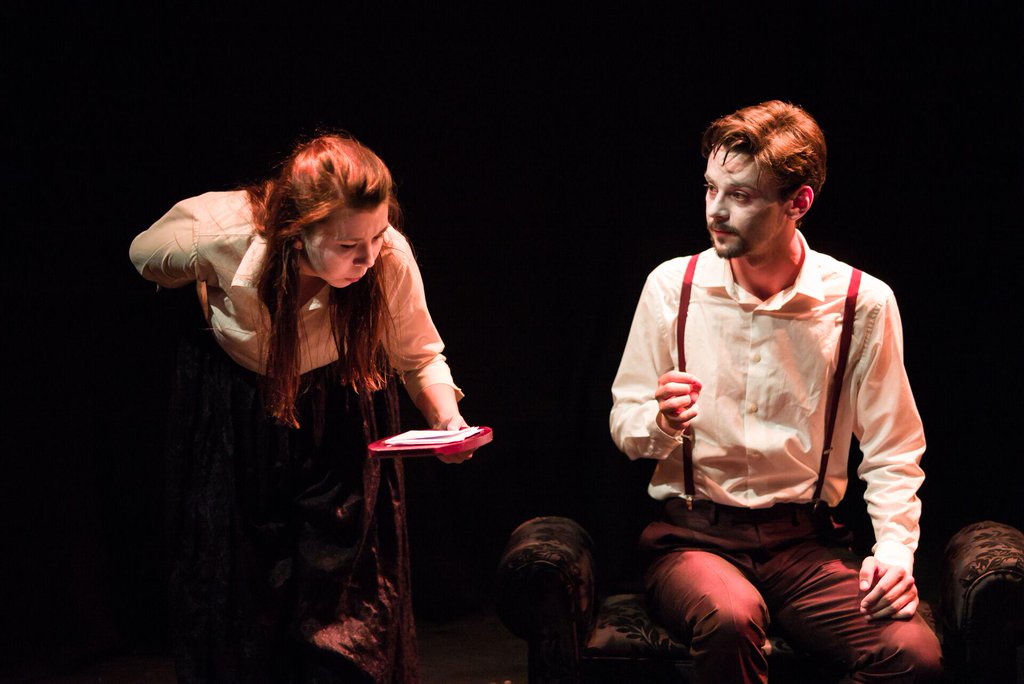 Financial support from the University funded a number of the show's this Fringe, as well as crowd-funding. One of the success stories of this year's Fringe Lemons Lemons Lemons Lemons Lemons from graduate company Walrus was supported by the Lord Rootes Memorial Fund. Imagining a world where we only have 140 words to use a day, the show, like Some People... wouldn't have been possible without the Arts Centre providing valuable R&D time.

Towards the evening, where audiences start to get a little more rowdy, you could find two shows which came straight from Warwick's thriving drama scene. Music Theatre Warwick were present with their smash-hit from last year, The Improv Musical as well as new student-written musical Witch. While out-of-uni company Wicked Little Town looked to Warwick to recruit its team and cast for Hedwig and the Angry Inch. All three musicals received strong reviews and very enthusiastic audiences. 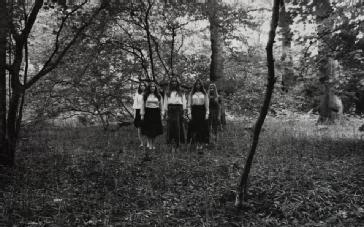 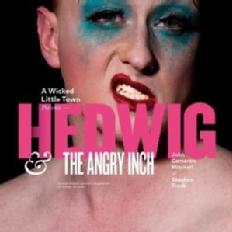 And then, tired and having seen more shows in one day then you might normally see in a year, you stumble home and pass out for the night, absolutely shattered and ready to do it all again tomorrow. But that tiredness and long hours is all worth it. Even when people just simply don't want your flyer that day, the Fringe is a pretty special experience. It's mad and bonkers and one of the only chance to work alongside professionals and completely independently in a new city and country for most people. And when you're there with all your mates, and seeing the incredible work being produced by those that have been through the same University as you, well, that's pretty bloody exciting.

Read more about Warwick at Edinburgh 2015 in this Guardian article: 'What is it About Warwick?'

The Dept. is nominated for School of the Year by The Stage

The Dept. of Theatre and Performance Studies is one of three nominees in the School of the Year category in The Stage's annual awards.

The Stage says the following about us:

"During the 2015 Edinburgh Festival Fringe, three of the new companies that had people talking and seemed to tap into wider feelings of frustration and disillusionment – and anger – following the general election were all made up of recent Warwick graduates. It may come as no surprise that the university has been one of the most politically charged institutions of the last few years in terms of active student protests.

Graduate company barrel Organ had already made its mark on the fringe in 2014, but Walrus and Breach also made an impact, the former scooping several prizes at the National Student Drama Festival in March. All three companies have also staged work at Camden People’s Theatre this year.

The University of Warwick, with the resources of the Warwick Arts Centre on campus, has always had a strong theatre department – it is one of the top ranked in the country – but it does feel as if something alchemical has been happening there over the last few years. With Barrel Organ taking over CPT for a project in December, Dan Hutton assisting James Dacre and Ellen McDougall, and Breach taking its show to battersea Arts Centre in April, graduates from the University of Warwick’s School of Theatre are starting to have a very visible impact on the industry."