More detailed descriptions of our work are available on my Research Page.

or, for a explanation of our work without the detail and jargon, view my Research for a General Audience page.

After gaining my first degree in Biochemistry from Oxford, U.K., I began my research career studying for a PhD with Dr Lionel Crawford, working in the labs of what was then the Imperial Cancer Research Fund (now Cancer Research UK) at Lincolns Inn Fields, London. This work focused on the then newly discovered cellular tumour suppressor protein, p53, which was being studied in the context of SV40 infection. From there I moved to a postdoctoral position with Prof Tom Shenk, first at SUNY Stony Brook and then at Princeton. There I learned the adenovirus genetic system that I have worked on ever since. I left Princeton in 1988 to take up a lectureship in the Department of Biological Sciences, University of Warwick, where I am now Professor.

I have a broad interest in adenovirus molecular and cell biology and my work has made several major contributions to this field. A particular focus has been the functions of the proteins encoded by the viral E1B and E4 genes, and most recently the L4 gene, in controlling viral gene expression and the biology of the host cell. My studies of E4 proteins have led me into a exploring the diversity and function of host cell PML proteins. These proteins are crucial in many aspects of cell function, particularly the innate immune response. A further significant strand of recent work has been in the development of adenovirus as a vector for gene delivery.

I have co-authored a successful undergraduate textbook, Introduction to Modern Virology, with Prof. Nigel Dimmock and Prof. Andrew Easton. 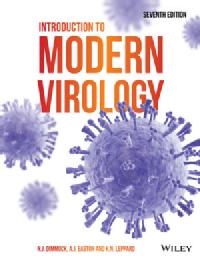 Authored at Warwick with Andrew Easton and Nigel Dimmock

Member and supporter of: