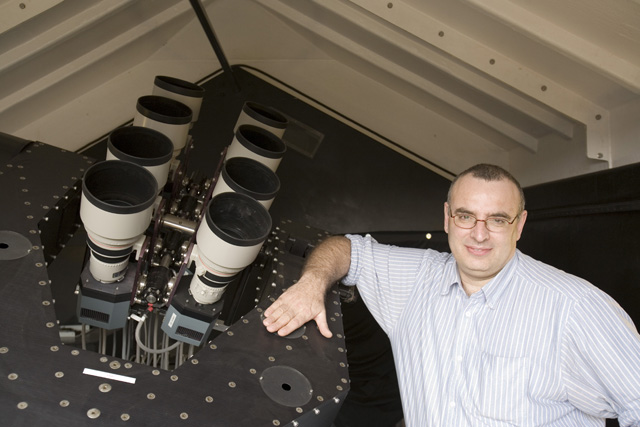 We are delighted to announce that Prof Don Pollacco will be joining our Astronomy and Astrophysics Group from September 2012. Don is a world leader in the search for planets around distant stars. He played a crucial role in developing the SuperWASP project, which has found more than a third of all known transiting planets and was awarded the Royal Astronomical Society Group Achievement Award in 2010. Don recently took part in NASA's Senior Review of its astrophysics space missions, and has been heavily involved in an advisory capacity with both the Science and Technology Facilities Council (STFC) and UK Space Agency (UKSpA) for many years. Don is also co-PI of the Next Generation Transit Survey

(NGTS) and leads the exoplanet science programme of the proposed European Space Agency mission PLATO. These new missions are targeted at finding Earth-like planets and enabling detailed studies of their atmospheres.