John Fox, Director of Midlands Future Mobility at WMG, talks to us about the micromobility landscape and future opportunities for industry.

Transport accounts for around 30% of CO2 emissions in the EU, with 72% coming from road transportation. With the world waking up to the need to decarbonise, it’s clear why transport is under the microscope.

There are several other growing problems perceived with transport on our roads too, including;

All this means there’s real focus on our journeys right now, from many angles.

These issues tend to be felt most in urban areas. There’s a growing view that the majority of cars are unwelcome as they’re oversized, overpowered, noisy, harmful to health and under-utilising space.

There’s no official definition of micromobility but, in simple terms, it refers to very small, lightweight and efficient vehicles to make journeys over short distances. Things like hover boards, bikes, e-bikes and e-scooters have long been considered micromobility vehicles, but there’s growing support for the term encompassing anything up to a weight of 500kg, and maximum speeds of 45km/h (28mph). This includes vehicles like the Renault Twizy, which has been around for a while now with its unique selling point of being driveable without a full licence.

Micromobility vehicles can be privately owned, municipally owned (like ‘Boris bikes’), or part of a commercial shared-mobility scheme (like common e-scooter models around the world). In the right environment, they can save time, avoid congestion, remove parking conundrums and, crucially, use much less energy than a car journey (making them perfect for electrification from the outset). There is also evidence however, that they can replace active modes of travel such as walking, which is a risk to unilateral support and requires research to fully understand and better manage. 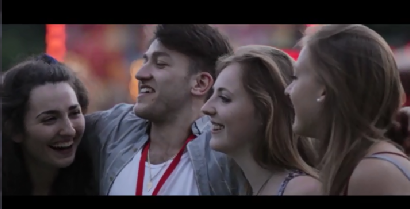 What are the main challenges for micromobility?

In Europe, the closest existing definition covering these vehicles is “L-Category”, but this hasn’t kept up with innovation and excludes many new concepts being imagined and prototyped today.

An illustrative example would be the fact that e-scooters are currently classed as ‘motor vehicles’ in the UK (and are therefore illegal to ride*), but EAPCs (Electrically Assisted Pedal Cycles, or E-bikes) are classed as bicycles and therefore legal on roads, despite the two being quite similar in terms of mass and top speed.

[*correct as of Jan 2021. There are currently trials across the UK for rental-only e-scooters to assess if this should be changed, and how.]

Ultimately, an effective and sufficiently flexible/agile definition is needed to replace the current L-Category, but this must also pay respect to points 2 and 3 below.

This is a topic that doesn’t necessarily have a one-size fits all answer. We need to consider the vehicle, the operating environment and the minimum age of the user.

There is a growing view that things like e-scooters and e-cargo bikes should be permitted to use UK cycle infrastructure. There is also a question of whether seated e-scooters, which potentially allow those unable to stand to have longer rides, should be allowed, too? If so, when does such a vehicle become classed as a moped? It’s a tricky issue, but logic dictates that top speed, power and mass are the key factors.

Then, there is a question of age. Right now, a child is expected to ride a bicycle on the road from the age of 11, but they can’t ride a powered two-wheeler until they’re 16, even if it were speed-limited. There are many inconsistencies like this that have occurred through evolution of new vehicles and technologies that were not imagined when the rules were created.

Finally, the lack of a clear legal definition for these vehicles, suitable operators and environments means that at present, there isn’t an insurance model for them. Until policy and regulations better cater for micromobility, this will remain a key issue.

The Motor Cycle Industry Association (MCIA), in association with LowCVP, recently released a document which touched on some of the points above, including proposing a category for two wheelers under 500w power output and 22mph top speed. Their proposal is that these be permitted on roads and in designated cycle lanes, from age 14, with a CBT-style training requirement. Such a move would open up a whole new market for UK manufacturers and service providers.

The MCIA document also recommends wearing helmets is made mandatory, with varying standards depending on the top speed/power output of the vehicle. This is encouraged for micromobility use, but really needs to be included in legislation to strengthen the safety argument around micromobility.

As well as legislation, we need to consider behaviours. Imagine a 22mph scooter on cycle lanes or children of 14 years’ old on our roads. Would a 14-year-old know how to signal correctly? Will vehicles be vulnerable to cars? And so on. The need to run trials and learn at scale is crucial, such as the current e-scooter trials supported by the Department for Transport.

In addition to good old driving standards training and assessment, there are many new and novel ways to enforce and incentivise ‘good’ behaviour through emerging technology, as well as innovation around training itself. For example, e-scooter hire service provider Tier has partnered with the AA to produce an online test where riders get credit for undertaking a voluntary test.

Another option is specific micromobility training similar to the old cycling proficiency test, which has merit, particularly for younger users.

Ultimately, clarifying expected behaviours in regulation, and then informing and training the public on how to minimise risk is crucial.

What’s the opportunity for UK businesses?

Changes that support new modes of transport are already being debated in Government and transport stakeholder groups, and there is real opportunity now, which is set to grow exponentially as policy and regulation catches up.

There is a clamour for on-demand, shared personal mobility as rates of car ownership in younger generations plummet relative to older generations. ‘Millennials’ cite factors such as cost and inconvenience (e.g. parking and servicing) as reasons to either get an Uber, ride a hired scooter/bike, or perhaps hire a car. This is a major market shift which offers up opportunity for businesses offering micromobility vehicles, whether that be e-bikes, e-mopeds, or even new light quadracycles like Citroen’s new “Ami” [Insert picture?] which does not require a full driving licence, (like the Twizy, but with windows!). 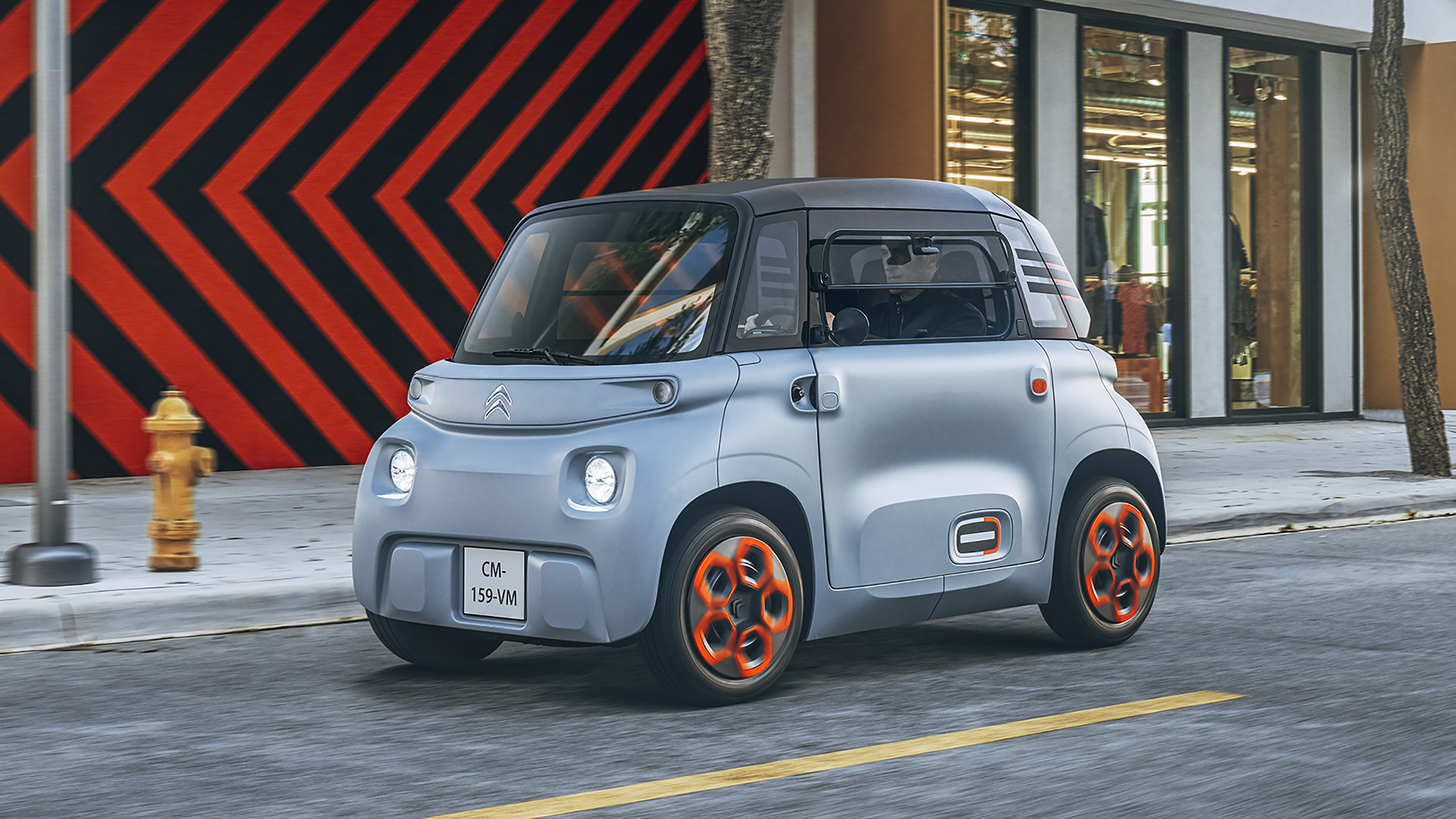 The market for so called ‘final-mile’ logistics vehicles that are tailpipe emission-free and compact has gathered significant pace, with manufacturers moving to produce e-cargo bikes with increasing range, payload and practicality (there are even emerging EU standards for such vehicles, in development now).

There are opportunities for high-tech systems developers in micromobility too, as features like Emergency Braking begin to make their way onto e-scooters. Public perception and safety are key, so the industry is experimenting with new ways to achieve object detection for avoiding accidents and even identifying antisocial behaviour.

It would be remiss not the reference the ‘e’ that precedes most forms of transport mentioned in this article. There is much opportunity for innovation in electrification, including battery design, manufacture and application, all the way to disposal, reuse and recycling.

WMG is equipped with expertise in areas that are key to the micromobility revolution, and is already helping businesses and transport authorities make the most of the opportunity. Some examples include:

It’s an exciting space. If you’d like to know more, please get in touch!