Air travel in the time of Coronavirus

We have all been affected by COVID-19 and the lockdown conditions in place across the globe. Many of our apprehensions have been echoed in media coverage, including concerns for physical and mental health, and for the economy. 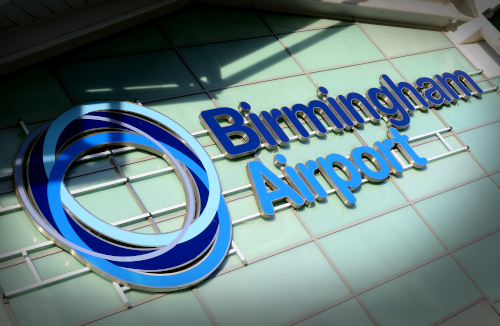 The UK economy is something that particularly concerns Nick Barton, CEO of Birmingham Airport. He believes that we have been living in what he describes as a ‘furlough bubble’ and the full economic shock has not yet been experienced. As we return to work, Government support will subside, potentially leaving the UK faced with many job losses. Indeed, the sharpest recession on record was reported by the BBC on 7th May, with the Bank of England warning that, although a recovery is expected, many people will be cautious in their spending for a long time to come.

Flying will likely be something people are cautious about, particularly with an enforced two-week quarantine period for anyone returning to the UK from abroad. Quarantine rules are a major concern for Birmingham Airport. Nick Barton says “airlines won’t be able to function under these controls and people won’t be travelling in the volumes necessary to support a flight.” It is almost certain to put people off flying, as the rules are not practical for people with limited annual leave and certainly not practical for a business trip. However, with some clever thinking we can change our approach to ensure safe movement without compromising our industry.

Nick says “the irony is that the UK is currently one of the most infected countries.” Therefore, the risk is far greater for countries being visited by UK citizens, yet they don’t have the same restrictions in place. Germany are easing their border controls from 15th June and arrivals from the EU and UK are exempt from quarantine. Another example is Iceland, which currently has only two people in COVID-19 hospitalisation. Nick asks “if returning from Iceland, does it make sense to quarantine when the risk is higher in the UK?”

Nick advocates for a risk-based approach rather than blanket restrictions on how we are allowed to move, “we need to assess the risks we are trying to avoid through a quantitative risk assessment, allowing us to recover as quickly as we can.” With a blanket quarantine in place, the worst case scenario could be that some UK airports have no choice but to close. With a risk-based approach we could enable a similar level of protection, but with much less economic damage. Nick says, “We understand the fear of imported infections but a risk based approach will enable the aviation industry to recover as strongly as we can”.

Social distancing has also been raised as a concern for air travel, however there are other methods to protect travellers and staff. Even with the best of intentions, it is not possible to maintain social distance on an aircraft. Nick says “I don’t think that anyone would seriously argue that this is possible.” Likewise, social distancing is also difficult in certain points at an airport – the queue for an Airbus A380 would be a kilometre long if everyone were to stand two metres apart! However, stringent measures are being put in place to protect passengers and staff, including thermal screening, consistent and thorough cleaning of all touch surfaces or removal of touch surfaces where possible, ultra-violet disinfecting and compulsory masks.

The rate at which the air travel industry recovers, will affect its ability to focus back on other priorities such as climate change. As Nick points out, “debates about climate change have not gone away and we want to look to the future.” The industry very much wants to improve through innovations, such as electrification of aircraft. Birmingham Airport is also addressing this in other ways, seeking to provide charging capability for up to 15,000 electric vehicles in its car parks, which brings its own technological challenges. However, the new quarantine rules will slow this progress, and innovation has already gone on the back burner, with many companies in pure survival mode. Airports such as Birmingham, have fixed costs of around £8 million per month. The airports, airlines and aircraft manufacturers have all been affected, Nick adds, “this is a traumatic time for the entire industry”.

On a positive note, Nick has hopes that the experience of lockdown will encourage people back to travelling. “We are such social creatures,” he reflects, “travel enhances social interaction and it is very enjoyable. We are all getting sick of looking at four walls, a sense of wanderlust is growing because we are currently not able to travel.”

Nick believes strongly in the resilience of the air travel industry. Recovery has been proven before with other virus outbreaks such as SARS and bird/swine flu, but he is clear that there is only one way to get back on track: “For the blanket quarantine process to be canned and a move towards risk assessed travel, we can deal with everything else.” 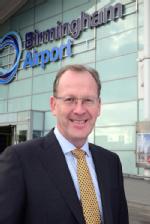