Work has begun on the 300km Midlands Future Mobility test environment - spanning from Coventry to Birmingham, which will see autonomous

The £11 million Meridian 3 programme is funded by Innovate UK and brings together Highways England with Midlands Future Mobility, which is led by WMG at the University of Warwick. 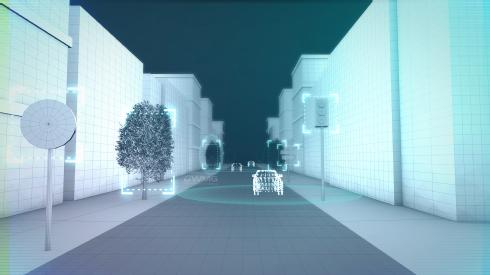 This addition to the Midlands Future Mobility project will enable connected and autonomous vehicle technologies, that have been developed using simulation and test tracks, to then be evaluated on roads in real-world driving situations, providing invaluable additional learning that will enable them to become a commercially viable and desirable means of road-transport.

Midlands Future Mobility will use over 50 miles of Coventry and Birmingham roads to establish the Midlands as a world class UK centre for the development, and evaluation of, connected and autonomous vehicles (CAV) and related technologies and services.

Midlands Future Mobility will be at the heart of the UK’s transport network, making a significant contribution to the UK’s national transport strategy, and will play a crucial role in shaping the transport sector. It will firmly establish the UK’s presence in the connected and autonomous vehicle market, and contribute to the UK’s Industrial Strategy.

The specially selected networked roads cover a range of representative areas and will be the largest, most diverse testing environment in the UK, with the deployment of new roadside infrastructure including smart vehicle monitoring, data analytics and 5G ready wireless infrastructure. By using real-world environments Midlands Future Mobility will enable a variety of industries to test new vehicle technologies and services, with the aim of improving integration.