Where does all the plastic go? - Ton Peijs

Although plastic is often thought of as a single use material, it actually lasts a very long time and can be used over and over again. In the UK around 45% of plastic is recycled and 30% is incinerated to generate electricity. The remaining 25% goes to landfill - wasting the value of the material, and causing the environmental impact we are all currently talking about. Although the UK has made enormous strides in reducing this amount over the past 20 years, we are a long way behind other countries that don’t send any waste to landfill, like Germany, Norway or the Netherlands.

A 45% recycling rate sounds good, but its effectiveness is all about how much of the value of the product is re-used.

The most effective recycling is where the product is used in the same form for the same use.

Next comes the plastic being re-used – effectively as virgin material – to produce products of the same value. The problem is that plastic materials are often down-cycled into less valuable products because waste streams often contain many different types of plastic and mixtures of plastics mostly have inferior properties to pure plastics. For recycling to become more efficient, waste collection and separation systems must be improved. Products could also be designed for their whole lifecycle - including recycling.

If the plastics cannot be re-used, the plastic can be broken down into its chemical building blocks and re-used at that level.

Why incineration isn’t so bad

There are positive aspects to recovering energy from plastics through incineration, especially in the case of mixed or contaminated plastics that are difficult to recycle. Plastics are made from petrochemicals which are produced by the oil refining process. Plastics contain the same amount of energy as the oil they are made from and after a useful life they can be safely incinerated and converted into energy or electricity.

We need a systems approach

There is a complex problem to solve with plastics and a simple blanket ban may not be the answer if we want to create a more sustainable society. The solution could lie in a steep increase in recycling rates and the creation of a ‘circular economy’ where plastic materials are more effectively recycled at higher value uses.

Waste prevention, for example through use of less materials, is the preferred waste management option. It is followed by waste reduction through, for example reuse followed by recycling, recovery including incineration with energy recovery or compositing and as a last option, safe disposal.

New technique to make transparent polythene films as strong as aluminium that could be used in impact resistant glazing, windscreens, and displays

Research led by Professor Ton Peijs of WMG at the University of Warwick and Professor Cees Bastiaansen at Queen Mary University of London, has devised a processing technique that can create transparent polythene film that can be stronger as aluminium but at a fraction of the weight, and which could be used use in glazing, windscreens, visors and displays in ways that add strength and resilience while reducing weight. 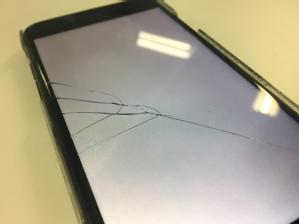 In a new research paper entitled “Glass-like transparent high strength polyethylene films by tuning drawing temperature.” Published online today - 1st April 2019 - in the Journal Polymer, the authors show that after carefully selecting the type polythene and by tuning the temperature during the creation of oriented polythene films a balance can be created that produces a highly useful and lightweight transparent material with a significant strength and resilience approaching, and in some ways, exceeding that of metals.

Previously anyone looking to replace heavy and often brittle glasses with a transparent plastic have looked at conventional transparent plastics like polycarbonate (PC) and poly(methylmethacrylate) (PMMA) both of which possess relatively unsatisfactory mechanical performance compared to an engineering material like aluminium.

Current methods of creating high strength plastic films such as hot-drawing of high-density polyethylene (HDPE) can lead to materials that can compete or even out-perform traditional engineering materials like metals.

“The microstructure of polymers before drawing very much resembles that of a bowl of cooked spaghetti or noodles, while after stretching or drawing the molecules become aligned in a way similar to that of uncooked spaghetti, meaning that they can carry more load” explains Yunyin Lin, a PhD student in Professors Peijs and Bastiaansen’s team.

However, drawn polythene materials normally have an opaque appearance due to defects and voids introduced by the drawing process, limiting applications where both mechanical properties and optical transparency are required.

Some success has recently been achieved by using highly specific additives in hot-drawn HDPE materials that can then produce 90% transparency while giving high strength. However, the research team led by Professors Peijs and Bastiaansen have now developed a new post-manufacturing technique for HDPE that endows strength and resilience while preserving transparency without using additives.

Professor Ton Peijs of WMG at the University of Warwick said: 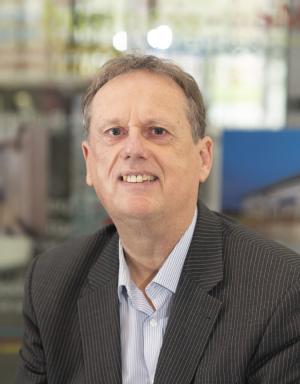 “We expect greater polymer chain mobility at these high drawing temperatures to be responsible for creating fewer defects in the drawn films, resulting in less light scattering by defects and therefore a higher clarity”

The highly transparent films possess a maximum resilience or Young’s Modulus of 27 GPa and a maximum tensile strength of 800 MPa along the drawing direction, both of which are more than 10 times higher than those of PC and PMMA plastics. For comparison, aluminium has a Young’s Modulus of 69 GPa and aerospace grade aluminium alloy can have tensile strengths up to around 500 MPa. However, polythene has a density of less than 1000 kg/m3 while aluminium has a density of around 2700 kg/m3, meaning that on weight basis these high strength transparent polymer films can outperform such metals.

Professor Ton Peijs in WMG at the University of Warwick concludes that:

“Our results showed that a wide processing window ranging from 90 °C to 110 °C can be used to tailor the required balance between optical and mechanical performance. It is anticipated that these lightweight, low-cost, highly transparent, high strength and high stiffness HDPE films can be used in laminates and laminated composites, replacing or strengthening traditional inorganic or polymeric glass for applications in automotive glazing, buildings, windshields, visors, displays etc.”