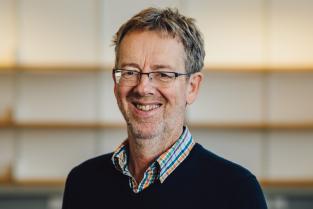 Richard Fox retired from teaching in 2015 after spending 38 years at King Edward VI Five Ways School in Birmingham, a selective school originally for 600 boys, but more recently a co-educational school of 1300 students. An English teacher, he taught English Literature, Media Studies and General Studies to A level. He carried out a full range of academic and pastoral leadership roles and was a member of the school's leadership team for over thirty years. For twelve years he was deputy head of the school during which time the school was thrice rated outstanding by Ofsted. When the Headteacher was seconded to a struggling school, he spent time as Acting Headteacher.

During his career he has been heavily involved in the appraisal and support of many teaching and ancillary staff, as well as trainee teachers, and ran the school's development planning and self appraisal structures. Amongst many other responsibilities, he was particularly responsible for international links, school routines, school events, safeguarding, the school council, and the pastoral system, whilst taking shared responsibility for building projects.

As a sportsman who has played hockey and cricket to a high level, he was also heavily involved in curricular and extra-curricular sport, and has been re-employed by the school to coach hockey. He has led the junior coaching system at Olton Cricket Club for twenty five years, during which time his work has been recognised through a number of regional and national awards.

In so-called retirement, he works as a sports coach and now of course for the University of Warwick, undertakes voluntary work with the Worcestershire Library Service, and with the cricket club. He is a member of Bromsgrove Golf Club. He is a family man, with three adult children, and four grandchildren with whom he spends considerable time.