The myth of the market: The fall and rise of the Indian economy

Professor Tirthankar Roy, LSE chaired the evening lecture with Bishnupriya Gupta, Professor of Economics and CAGE Research Associate at the University of Warwick and a leading expert on the history of India.

Abstract
In 1947 India was one of the poorest countries in the world. Did colonial rule lower living standards and recent pro-market policies put India on a growth path? Evidence on wages and per capita GDP from 1600 show a prosperous economy in 1600 under the Mughal Emperor Akbar. Living standards began to decline before colonization. The decline coincided with increased integration with international markets and the rising trade in textiles to Europe and stagnated even as India became a part of the global economy of the British Empire. Indian growth reversal began in independent India with the policies of regulation of trade and industry and a distance of from global economy. There are lessons from history to understand Indian growth today.

The lecture was open to all staff, students and the general public. 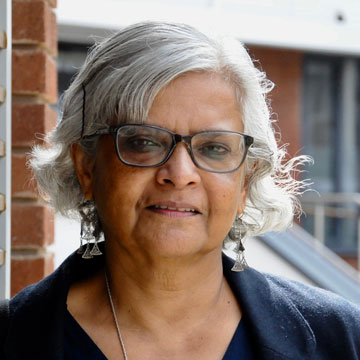