Economics Associate Professors Daniel Sgroi and Eugenio Proto, and Psychology's Thomas Hills have produced the first long-term happiness index, which attempts to gauge the national mood in the UK and five other leading western countries over more than 200 years.

The team analysed the 'mood' of words in over eight million books to estimate happiness in the United States, the UK, France, Germany, Italy and Spain since 1776 - something economists haven't been able to do until now, thanks to the Google books digitisation project. Results seem to confirm that what they found in the modern era was also true two centuries earlier; that our happiness is closely related to health and life expectancy, but unrelated to how much money we have.

The "mood" of a country carries important information from an economic and political point of view. The possibility of estimating this for the past can represent an important step forward for the social sciences."

The paper was presented at the annual congress of the European Economic Association in Geneva in August 2016, and has since received a lot of attention from the press; Daniel Sgroi produced a short documentary covering the paper for BBC Radio 4 (available online), and has also been interviewed by BBC Radio Wales, the Telegraph and the Daily Mail.

We're trying to build a historical measure of happiness which doesn't exist at the moment and it's our first attempt to do that. Frankly, money doesn't seem to push happiness very much and what we've found is that health seems to be the most powerful long-run indicator of happiness".

The work was supported by the ESCR-funded CAGE Centre at Warwick University, and a full version of the paper can be read online 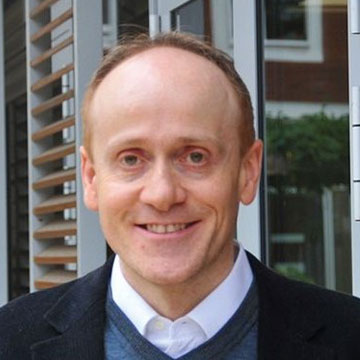