Want extra nurses and police? Give the taxman more auditors

The thought of having the taxman knock on the door fills many of us with dread. Being asked to dig through piles of paper to find bank statements, payslips and receipts is the stuff of bad dreams. But perhaps a few more of us should experience such nightmares in real life.

That is the key recommendation of a new report launched today, in collaboration with the Centre for Competitive Advantage in the Global Economy and the Social Market Foundation. In it I show that one in three people who file income tax self-assessment are paying less tax than they owe. In total, that’s £8 billion of uncollected tax – almost as much as we spend on buses, fire services and nursery places combined.

While this might make us sound like a nation of cheats, most people who underpay owe relatively small amounts. Many of these cases are probably genuine mistakes. But a small hardcore group of individuals – around 2% of self-assessment filers – owe half the missing money.

In the report I show which kinds of people are more likely to be underpaying: men, people of working age and people who are self-employed are all more likely to under-report. Among the self-employed, more than half the people in construction, transport, and hospitality under-report. ‘Only’ a quarter of landlords under-report, but those who do hide more than half the tax they owe. And although the rich are no more likely to underpay, when they do the sums are much greater: non-compliers in the top 20% of incomes owe about one and a half times as much as those in the bottom 80%.

The good news is that HM Revenue and Customs knows all this too. Using sophisticated computer algorithms they can calculate how likely people are to be under-reporting, and how much they are likely to owe. Tens of thousands of people receive the dreaded letter announcing an audit, and find themselves wading through receipts and statements, trying to justify what they wrote on their return. More often than not they can’t.

Since HMRC has so much data, including often being able to corroborate taxpayer reports with information from other sources, more than three-quarters of people they audit are found to be under-reporting. While individually none of us want to go through an audit, collectively we should be grateful that using these audits HMRC is able to pick up some of the tax that otherwise goes unpaid.

Unfortunately this is where the good news ends. Over the past 20 years the number of audits has been slashed. Part of this is because better use of data has improved the targeting of audits, so the unsuccessful ones need not be done. But budgetary pressures have also played a part: a cost-saving programme between 2006 and 2011 cut the number of auditors by 3,400, even before the government’s austerity policy.

This is the hallmark of short-term thinking. Audits bring in money when they are done, but my work also shows that they make taxpayers better behaved afterwards. People who are audited and found to be underpaying respond by reporting higher incomes in future years. They know they will be caught out if they under-report again. Cutting auditors reduces current costs, while money from past audits keeps rolling in.

But this is not a sustainable strategy. Over time people revert to their old ways: after eight years the effect of audit has gone. Without more audits these underpayments will continue to go uncollected.

This shouldn’t be a hard decision. Targeted audits raise at least four times as much as they cost, and they reduce the unfairness of a small minority paying less than the rest of us. When you next hear politicians calling for more money for nurses and police officers, ask them about money for more auditors. Those auditors will pay for themselves, and bring in extra money to pay for the police and nurses. 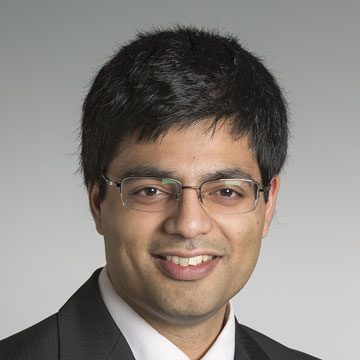 Arun Advani is an Assistant Professor at the University of Warwick and Impact Director of the Centre for Competitive Advantage in the Global Economy. He is also a Research Fellow at the Institute for Fiscal Studies.

Accessibility helpSkip to navigationSkip to contentSkip to footer