To exit the Great Recession, central banks must adapt their policies and models

During the Great Moderation, inflation targeting with some form of Taylor rule became the norm at central banks. This column argues that the Global Crisis called for a new approach, and that the divergence in macroeconomic performance since then between the US and the UK on the one hand, and the Eurozone on the other, is partly attributable to monetary policy differences. The ECB’s model of the economy worked well during the Great Moderation, but is ill suited to understanding the Great Recession. 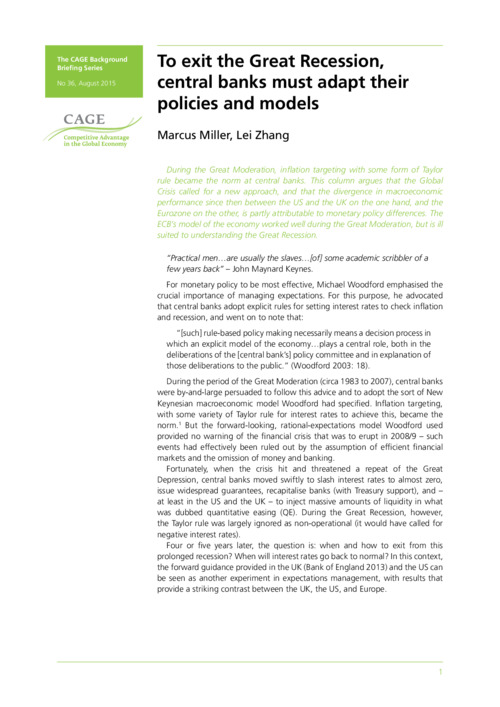