Walking wounded: The British economy in the aftermath of World War I

It is well-known that World War I was expensive for Britain. The indirect economic costs were also huge. This column argues that the adverse implications of the Great War for post-war unemployment and trade – together with the legacy of a greatly increased national debt – significantly reduced the level of real GDP throughout the 1920s. A ballpark calculation suggests the loss of GDP during this period roughly doubled the total costs of the war to Britain. 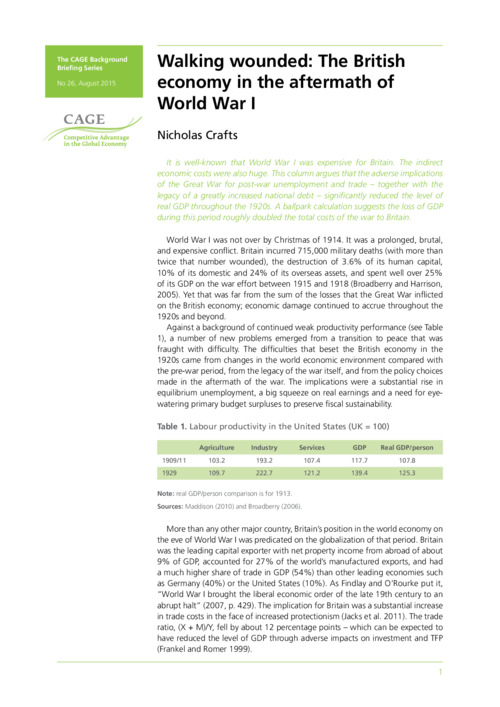