Tax avoidance by multinational firms is a complex challenge for national governments and the global tax system. Increasingly, high-income countries have been moving from foreign tax credit systems, to exempting foreign source ,income from domestic taxation. This column investigates how foreign profits should be taxed, taking into account the economic role of capital ownership. Domestic tax rates should ensure optimal allocation between domestic and foreign assets, while the tax base should be set to ensure asset purchases are undistorted. Countries may be forced to change their tax systems in more fundamental ways, however, as the mobility and flexibility of multinational corporations continues to grow. 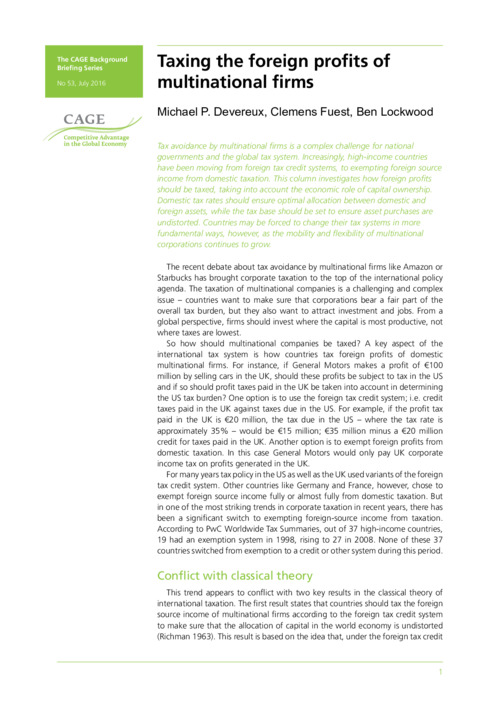