The Growth Effects of EU Membership for the UK: Review of the evidence

This paper reviews the literature on the implications of EU membership for the UK. It concludes that membership has raised UK income levels appreciably and by much more than 1970s’ proponents of EU entry predicted. These positive effects stem from the EU’s success in increasing trade and the impact of stronger competition on UK productivity. The economic benefits of EU membership for the UK have far exceeded the costs of budgetary transfers and regulation. Brexit is risky and its impact would depend heavily on the terms negotiated and the use made of the policy space that it freed up. 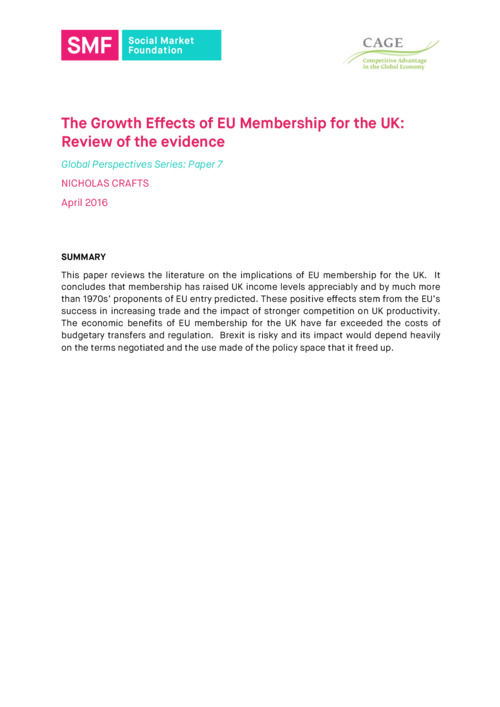