Moving around: The changing geography of US manufacturing during the 20th century

The geography of industrial production changed dramatically during the 20th century both across and within countries. This column provides new estimates of changes in the spatial concentration of US manufacturing from 1880 to 1997. The average level across all industries fell by more than half over the period. Although creative destruction has had a strong spatial component, almost all industries can be described as significantly spatially concentrated at all times. 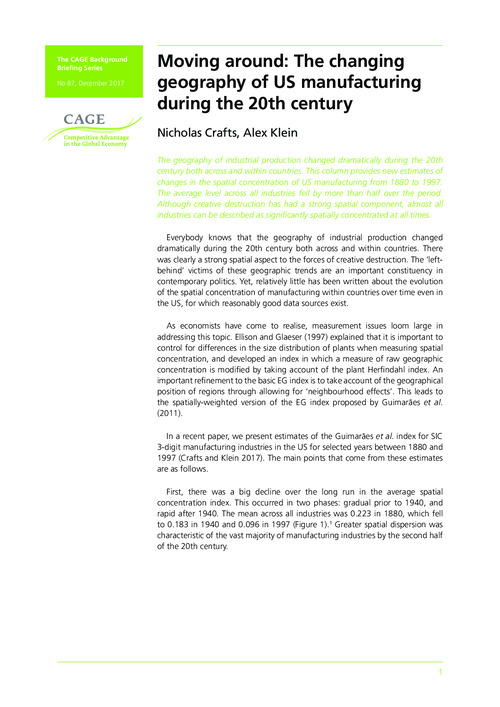