Russia’s Soviet era was distinguished not by economic growth or human development, but by the use of the economy to build national power. On the centenary of the Bolshevik revolution of 1917, this column shows that while the education of women and better survival rates of children improved opportunities for many citizens, Soviet Russia was a tough and unequal environment in which to be born, live and grow old. The Soviet economy was designed for the age of mass production and mass armies. That age has gone, but the idea of the Soviet economy lives on, fed by nostalgia and nationalism. 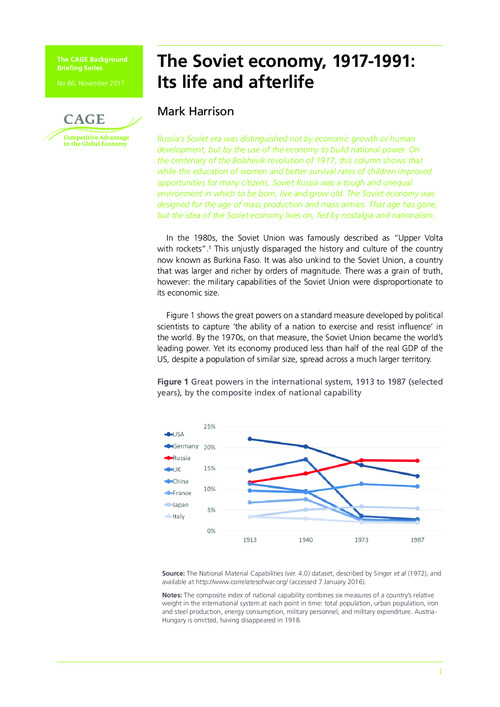