The UK’s ‘productivity crisis’: Why weakening the link between education and family background could help solve it

There has been much discussion in recent years about a 'productivity crisis' in the UK. Productivity 'measures how efficiently production inputs, such as labour and capital, are being used in an economy to produce a given level of output. Workers in the UK produce less per hour than workers in many other developed countries - 16% less than the G7 average according to the Office for National Statistics. Why is labour productivity in the UK so much lower than in comparable developed economies with similar access to capital and technology? 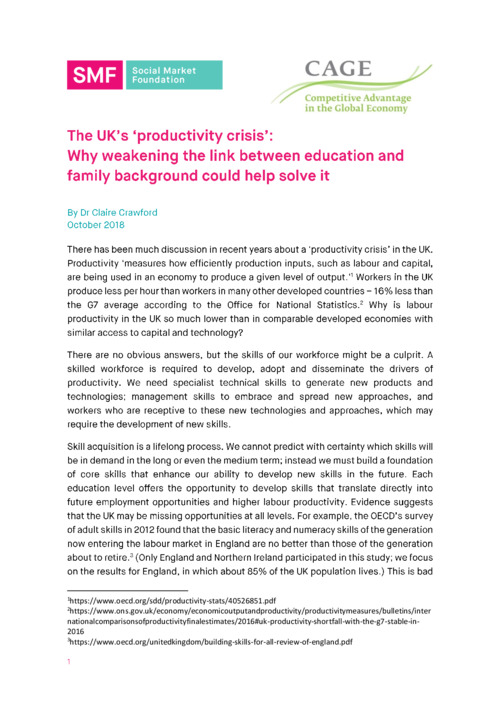