Tariff retaliation is widely believed to be politically motivated. This column presents evidence that retaliation against the Trump administration’s tariff hikes seems to be systematically targeted against the Republican voter base. China appears to have been able to achieve a high degree of political targeting but likely harmed its own economy by targeting agricultural goods for which the US is a major supplier. The EU, on the other hand, appears to be more successful in navigating the trade-off. It also finds some evidence suggesting that Republican candidates fared worse in the mid-term elections in the US counties most exposed to retaliation. 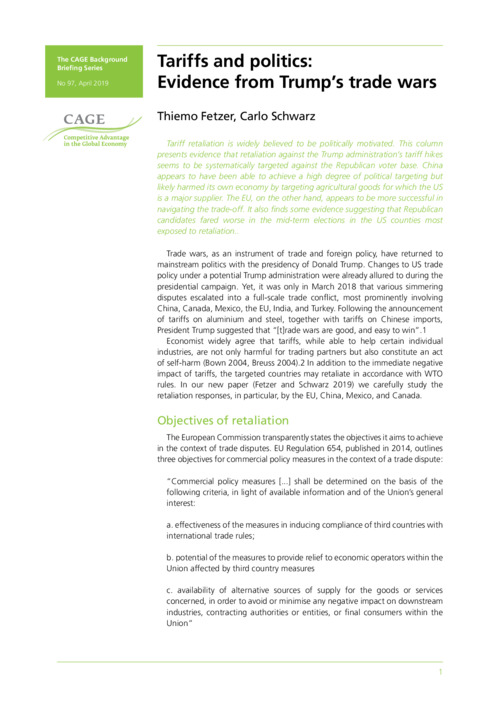