This paper provides the first annual GDP series for Great Britain over the period 1700-1870. The series is constructed in real terms from the output side, using volume indicators and value added weights. Sectoral estimates are provided for agriculture, industry and services, and for a number of sub-sectors. Estimates of nominal GDP are also provided, based on a benchmark for 1841 and projected back to 1700 and forward to 1870 using the real output series and sectoral price indices. The new data are used to provide a consistent account of economic growth and the business cycle. The results are broadly consistent with the long run path of real output suggested by Crafts and Harley, although growth rates for sub-periods differ, largely as a result of changes in the growth of agriculture. Nominal GDP increased more rapidly than suggested by Lindert and Williamson during the eighteenth century, and more slowly than suggested by Deane and Cole during the first half of the nineteenth century, as a result of differences in the price indices. We also refine the business cycle chronologies of Ashton and Gayer, Rostow and Schwartz. 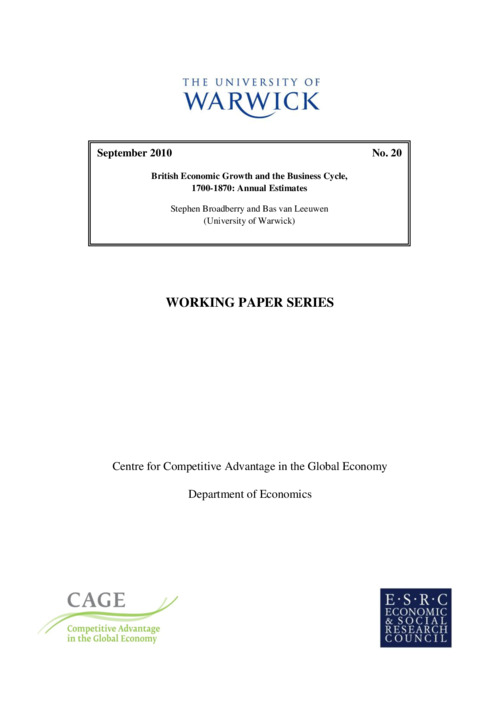