We provide annual estimates of GDP for England over the period 1270-1700, constructed from the output side. The GDP data are combined with population estimates to calculate GDP per capita. Sectoral price data and estimates of nominal GDP are also provided. We find per capita income growth of 0.20 per cent per annum, although growth was episodic, with the strongest growth after the Black Death and in the second half of the seventeenth century. Living standards in the late medieval period were well above “bare bones subsistence”, although levels of kilocalorie consumption per head were modest because of the very large share of pastoral production in agriculture. 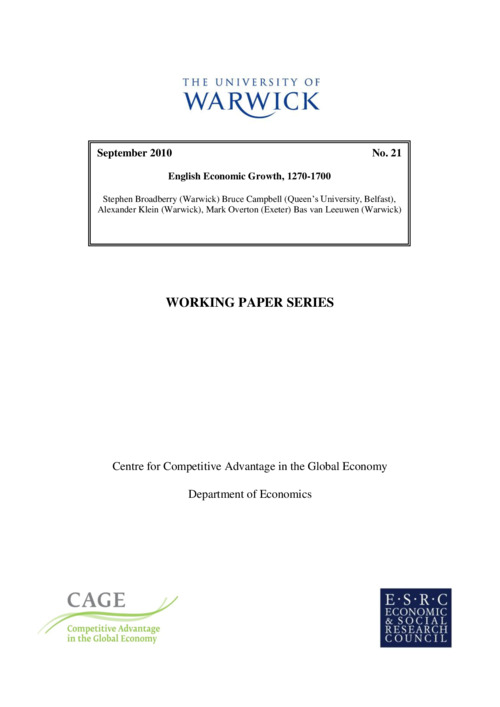