Attempting to satisfy their political masters in a target-driven culture, Soviet managers had to optimize on many margins simultaneously. One of these was the margin of truthfulness. False accounting for the value of production was apparently widespread in some branches of the economy and at some periods of time. A feature of accounting fraud was that cases commonly involved the aggravating element of conspiracy. The paper provides new evidence on the nature and extent of accounting fraud; the scale and optimal size of conspiratorial networks; the authorities’ willingness to penalize it and the political and social factors that secured leniency; and inefficiency in the socialist market where managers competed for political credit. 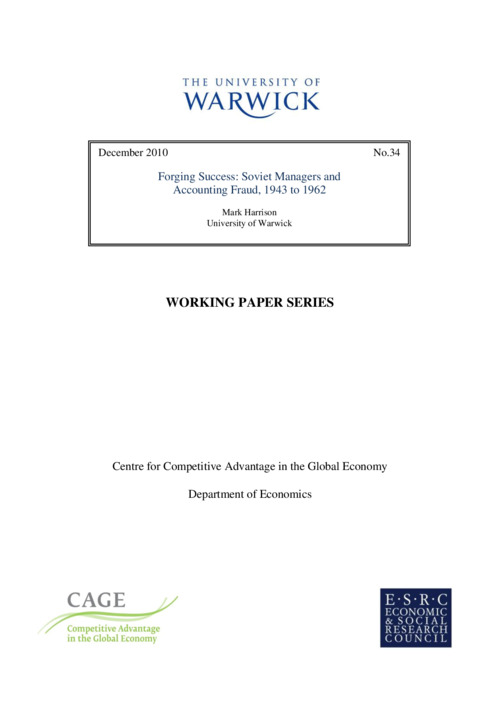