Indian GDP, 1600-1871: Some Preliminary Estimates and a Comparison with Britain

This paper provides estimates of Indian GDP constructed from the output side for the period 1600-1871, and combines them with population estimates to track changes in living standards. Indian per capita GDP declined steadily. As British living standards increased from the mid-seventeenth century, India fell increasingly behind. Whereas in 1650, Indian per capita GDP was more than 80 per cent of the British level, by 1871 it had fallen to less than 15 per cent. As well as placing the origins of the Great Divergence firmly in the early modern period, these estimates suggest a relatively prosperous India at the height of the Mughal Empire, with living standards well above bare bones subsistence. 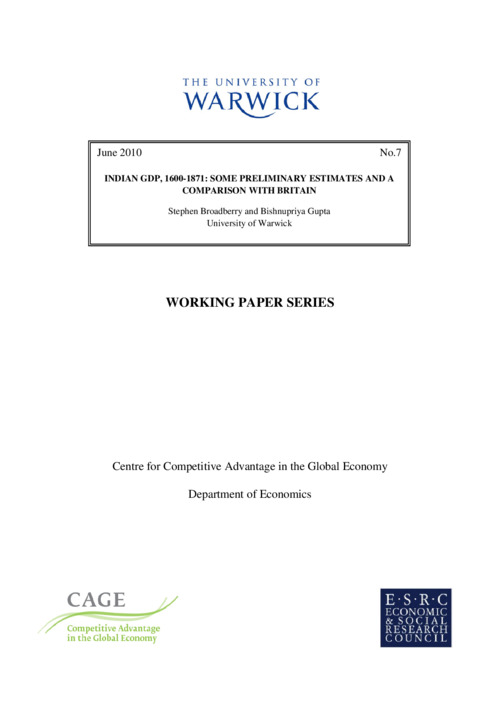