Previous theories of globalization have examined factor mobility’s effect on the political conflict between social classes. But factor mobility also increases competition between state rulers in providing services for citizens. I ask how this interstate competition affects the process of political change. In a simple model, interstate competition substitutes for democracy, by forcing rulers to invest in public goods so as to avoid capital and labour leaving the country. As a result, citizens are less willing to struggle for democracy, and rulers are less willing to oppose it, when interstate competition is strong. Therefore, there is less conflict over the level of democracy. The theory is tested on a post-war panel of countries, using neighbouring countries’ financial openness as a proxy for factor mobility. As the theory predicts, states experience fewer changes in their level of democracy when their neighbours are financially open 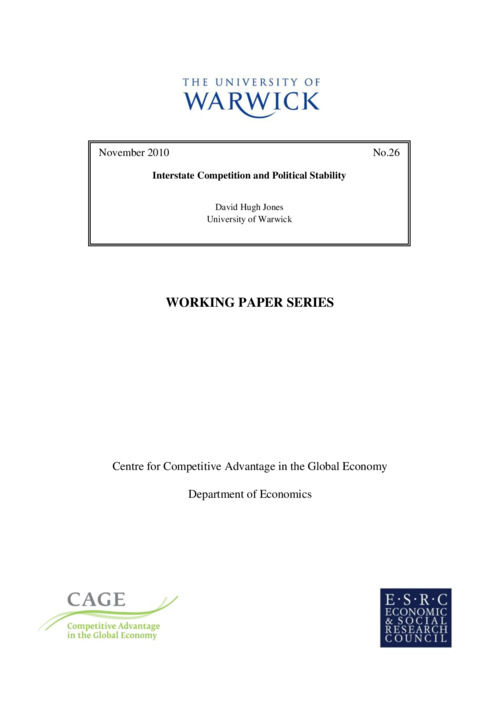