The Leader as Catalyst: On Mass Movements and the Mechanics of Institutional Change

Why are some leaders able to rally mass support and successfully catalyse revolutionary change while others fail? We argue that the key to understanding a leader's effectiveness lies in dissecting the symbiotic relationship between the leader and his committed activist-followers. Good leaders attract committed activist-followers. In turn, these followers have a bottom-up role in empowering the leader by rallying support from the broader populace, resulting in a mass movement. This two-way leader-follower interaction can endogenously give rise to threshold effects: ‘small’ differences in leader ability have a dramatic impact on the prospects for change. Therefore, while underlying structural conditions and institutions are important, there is an independent first-order role for individual agency in bringing about institutional change and development. We show that for a leader ‘it is better to be feared than loved’. An ambitious, self-serving leader attracts activist followers who fear bad institutional change and hope to insulate themselves by becoming loyal followers. Indeed by empowering such a self-serving leader, these followers make him a more effective agent of (both good and bad) institutional change. 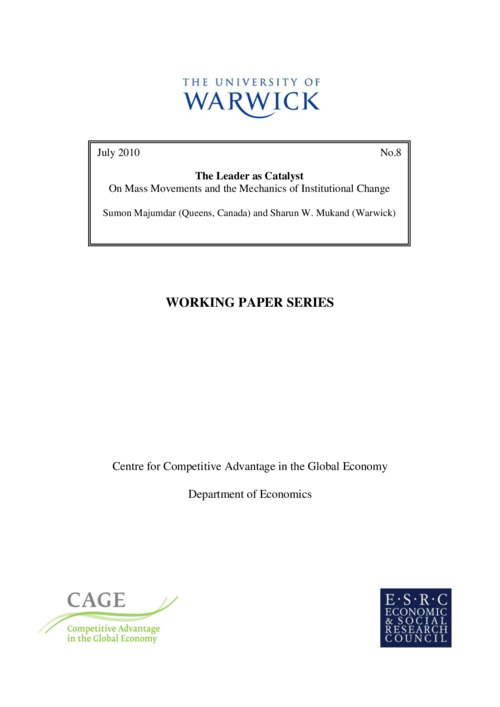