This paper examines how the quality of exports depends on relative country size and its remoteness. Specific transportation cost is the key variable in our analysis as it gives rise to the Alchian-Allen effect. In the model, we allow for endogenous quality choice by a producer serving many international locations. Higher quality comes at higher marginal cost of production, but can be delivered at the same absolute, and thus proportionally lower, transportation cost to a given destination. Our model complements the well documented demand-side response to the distribution of transportation costs (known as the Alchian-Allen effect) by the supply side response. We show that, ceteris paribus, equilibrium quality decreases in the domestic country size and increases in remoteness from foreign markets. This happens because a larger portion of the demand is affected by the Alchian-Allen effect for smaller countries’ producers, and the Alchian-Allen effect is stronger for remote countries. We confirm our predictions empirically on a detailed product level dataset of all exporters worldwide into a sample of Latin American importers. 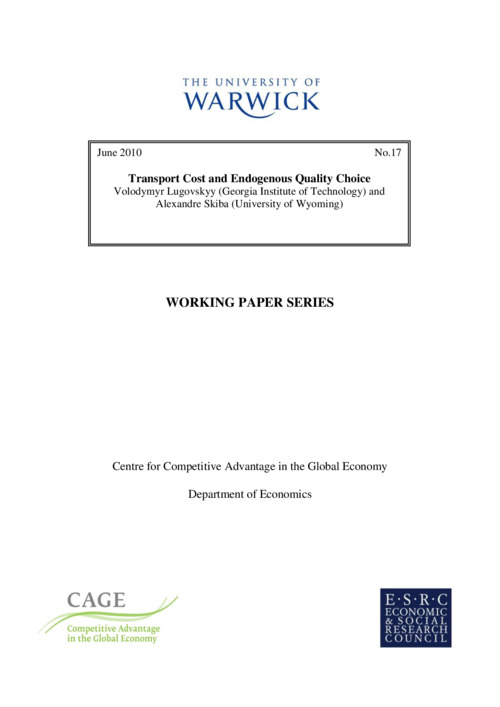