How to Waste a Crisis: Budget Cuts and Public Service Reform

In the aftermath of the financial crisis, governments have proposed saving money by reforming public services. This paper argues that tight budget constraints make reform harder. Governments are uncertain which departments are effective. Normally, effective departments can be identified by increasing their budget, since they can use the increase to produce more than ineffective departments. When budgets must be cut, however, ineffective departments can mimic effective ones by reducing their output. Budget cuts thus harm both short-run productive efficiency, and long-run allocative efficiency. These predictions are confirmed in a panel of US libraries. Low marginal productivity libraries reduce output by more than expected in response to a budget cut, and budget setters respond less to observed short-run output elasticity after cutback years. 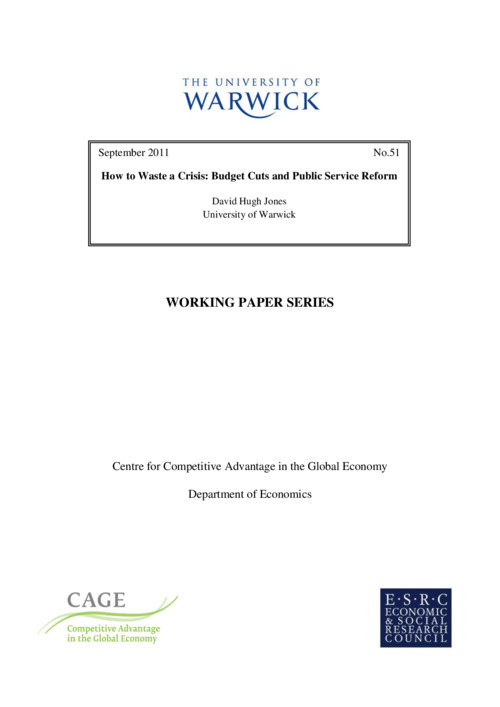