This paper argues that the degree of monetary flexibility a government enjoys does not only depend on the implemented monetary institutions such as exchange rate arrangements and central bank independence but also on the economic and financial relationships with key currency areas. I develop a formal theoretical framework explaining the degree of monetary independence in open economies under flexible exchange rate regimes by trading relations and financial integration. The model suggests that a) higher import shares from the key currency area increase the imported inflation when monetary authorities try to offset an exogenous shock by cutting back the interest rate while the base country does not encounter a similar shock, and b) the more cross border assets of a country are denominated in the base currency the higher the exchange rate effects of interest rate differences to the interest rate of the key currency area. The presented empirical evidence largely supports the theoretical predictions. 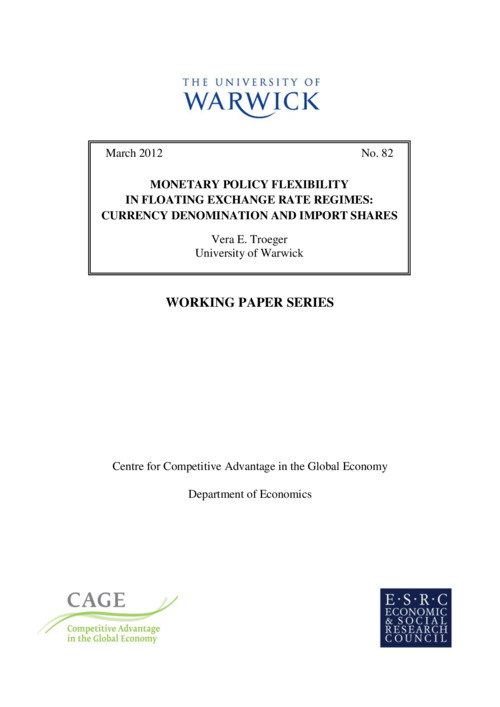