This paper describes the main trends of the Russian economy through the Great War (1914 to 1917), Civil War (1918 to 1921), and post-war famine (1921 to 1922) for the general reader. During its Great War mobilization the Russian economy declined, but no more than other continental economies under similar pressures. In contrast, the Civil War inflicted the greatest economic trauma that Russians suffered in the course of the twentieth century. The paper identifies the main shocks in each period evaluates the relative contributions of circumstances and policy, and sums up their historical significance. 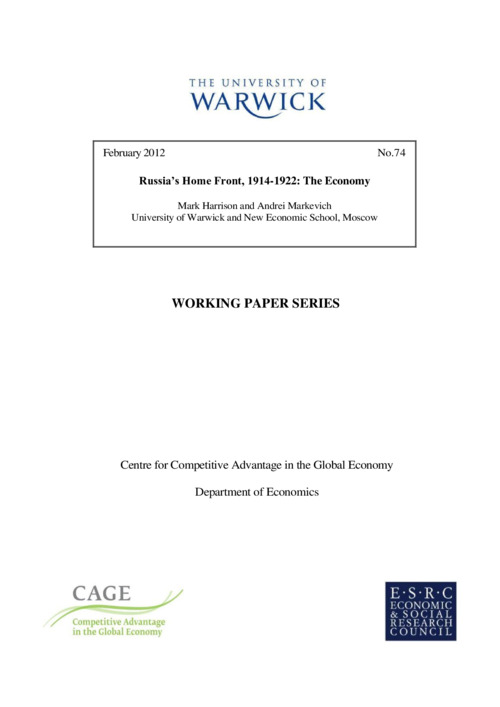