Tax Competition and Income Inequality: Why did the Welfare State Survive

Contrary to the belief of many, tax competition did not undermine the foundations of the welfare state and did not even abolish the taxation of capital. Instead, tax competition caused governments to shift the tax burden from capital to labour, thereby increasing income inequality in liberal market economies that traditionally redistribute income by relatively high effective capital taxes and relatively low effective labour taxes. In contrast, income inequality did increase little or not at all in social welfare states that dominantly use social security transfers to redistribute income. Governments in social welfare states found it easy to maintain high social expenditures because they increasingly taxed labour, which is relatively immobile, to finance social security transfers. We test the predictions of this theory using a simultaneous equation approach that accounts for the endogeneity of tax policies, fiscal policies, and deficits. 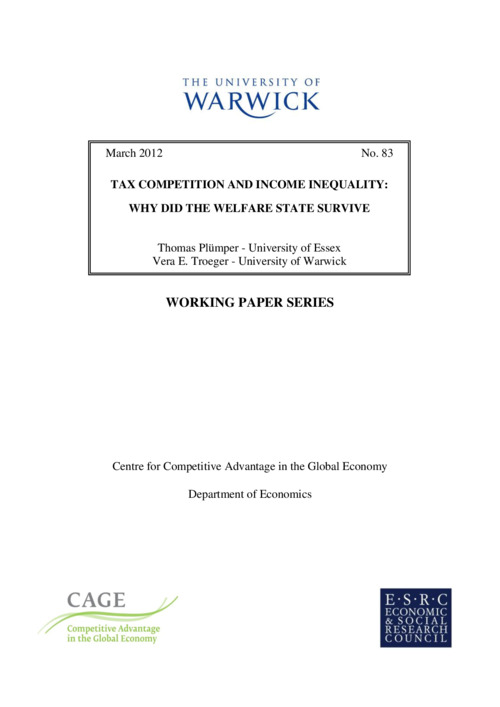