A Culture Based Theory of Fiscal Union

If voters of different countries adhere to different and deeply rooted cultural norms, the country leaders may find it impossible to agree on effcient policies especially in hard times. The conformity constraint -political leaders’ unwillingness or impossibility to depart from these norms - has resulted in lack of timely intervention which has amplfied an initially manageable debt crisis for some European countries to the point of threatening the Euro as a single currency. We show the conditions under which the introduction of a fiscal union can be obtained with consensus and be beneficial. Perhaps counterintuitively, cultural diversity makes a fiscal union even more desirable. Some general lessons can also be drawn on the interaction of cultural evolution and institutional choice. 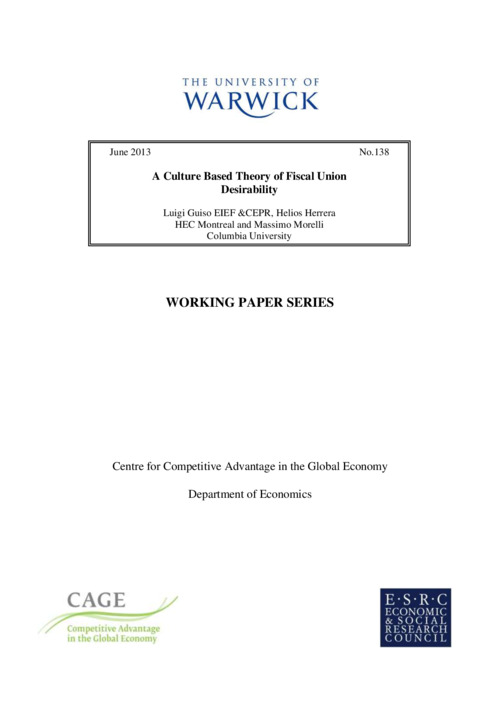