A Theory of Cooperation through Social Division, with Evidence from Nepal

Informal, kin-based groups play an important role in developing country economies. I point out two facts: communities are divided into smaller groups, and many groups prohibit interactions with outsiders. These facts are rationalized in a model in which division of the community into non-interacting groups allows agents to support higher levels of cooperation. Group segregation is sustained in equilibrium through a reputation-effect. I test the empirical implication that there should be less cooperation between members of groups that make up a larger percentage of their communities. I discuss implications for underinvestment in education, misallocation of resources, and institutional change. 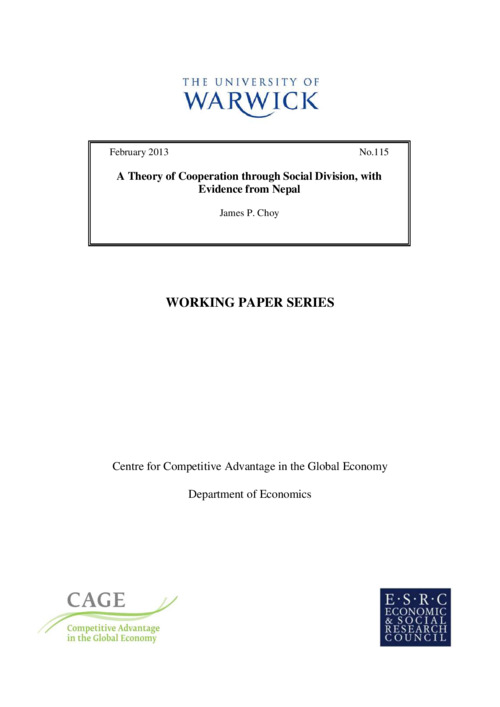