Does the Unemployment Benefit Institution affect the Productivity of Workers? Evidence from a Field Experiment

We investigate whether and how the type of unemployment benefit institution affects productivity. We designed a field experiment to compare workers' productivity under a welfare system, where the unemployed receive an unconditional monetary transfer, with their productivity under a workfare system, where the transfer is received conditional on the unemployed spending some time on ancillary activities. First, we find that having an unemployment benefit institution, regardless of whether it makes transfers conditional or unconditional, increases workers' productivity. Second, we find that productivity is higher under Welfare than under Workfare. Becoming unemployed under Welfare comes at the psychological cost of a drop in self-esteem, presumably due to the shame or stigma associated with receiving an unconditional unemployment benefit. We document the empirical relevance of precisely this channel. The differences we observe in productivity suggest that this psychological cost acts as an extra nonmonetary incentive for workers under Welfare to put a higher effort in their work. 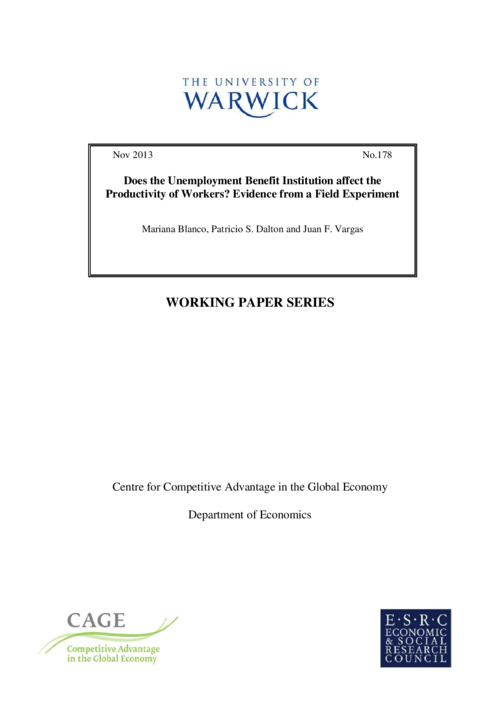