This paper examines Gibrat's law in England and Wales between 1801 and 1911 using a unique data set covering the entire settlement size distribution. We find that Gibrat's law broadly holds even in the face of population doubling every fifty years, an industrial and transport revolution, and the absence of zoning laws to constrain growth. The result is strongest for the later period, and in counties most affected by the industrial revolution. The exception were villages in areas bypassed by the industrial revolution. We argue that agglomeration externalities balanced urban disamenities such as commuting costs and poor living conditions to ensure steady growth of many places, rather than exceptional growth of few. 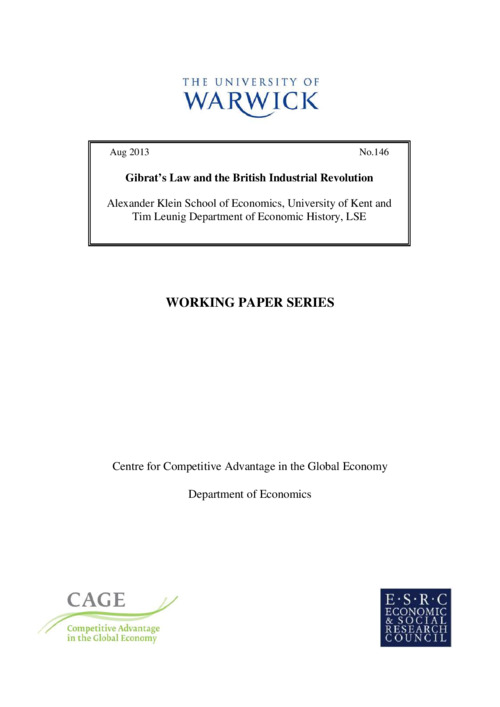