Living Standards and Plague in London

We use individual records of 920,000 burials and 630,000 baptisms to reconstruct the spatial and temporal patterns of birth and death in London from 1560 to 1665, a period dominated by recurrent plague. The plagues of 1563, 1603, 1625, and 1665 appear of roughly equal magnitude, with deaths running at five to six times their usual rate, but the impact on wealthier central parishes falls markedly through time. Tracking the weekly spread of plague before 1665 we find a consistent pattern of elevated mortality spreading from the same northern suburbs. Looking at the seasonal pattern of mortality, we find that the characteristic autumn spike associated with plague continued into the early 1700s. Given that individual cases of plague and typhus are frequently indistinguishable, claims that plague suddenly vanished after 1665 should be treated with caution. Natural increase improved as smaller plagues disappeared after 1590, but fewer than half of those born survived childhood. 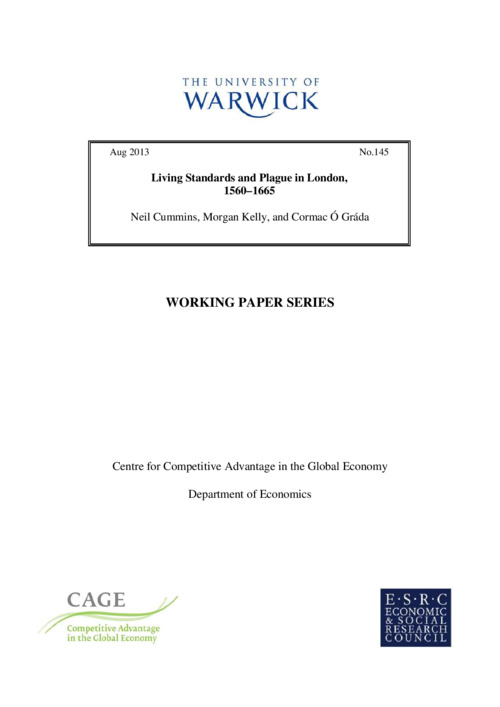