Occupational Structure in the Czech Lands Under the Second Serfdom

A shift in occupational structure towards non-agricultural activities is widely viewed as a key component of European economic growth during the early modern ‘Little Divergence’. Yet little is known about this process in those parts of eastern-central Europe that experienced the early modern ‘second serfdom’, the massive increase in the institutional powers of landlords over the rural population. We analyse non-agricultural occupations under the second serfdom using data on 6,983 Bohemian villages in 1654. Bohemia resembled other eastern-central, Nordic and southern European economies in having a lower percentage of non-agricultural activities than western Europe. But Bohemian serfs engaged in a wide array of industrial and commercial activities whose intensity varied significantly with village characteristics. Non-agricultural activity showed a significant positive relationship with village size, pastoral agriculture, sub-peasant social strata, Jews, freemen, female household heads, and village mills, and a significant negative relationship with arable agriculture and urban agglomerations. Non-agricultural activity was also positively associated with landlord presence in the village, although the relationship turned negative at higher values and landlord presence reversed the positive effects of female headship and mills. Under the second serfdom, landlords encouraged serf activities from which they could extort rents, while stifling others which threatened their interests. 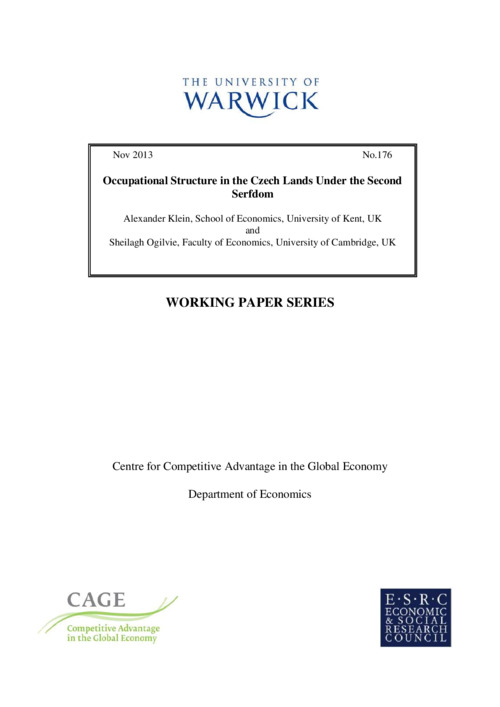