US government spending since World War II has been characterized by large investments in defence related goods, services and R&D. In turn, this means that the Department of Defence (DoD) has had a large role in funding corporate innovation in the US. This paper looks at the impact of military procurement spending on corporate innovation among publicly traded firms for the period 1966-2003. The study utilizes a major database of detailed, historical procurement contracts for all Department of Defence (DoD) prime contracts since 1966. Product-level spending shifts – chiefly centred around the Reagan defence build-up of the 1980s – are used as a source of exogenous variation in firm-level procurement receipts. Estimates indicate that defence procurement has a positive absolute impact on patenting and R&D investment, with an elasticity of approximately 0.07 across both measures of innovation. In terms of magnitudes, the contribution of defence procurement to innovation peaked during the early Reagan build-up, accounting for 11.4% of the total change in patenting intensity and 6.5% for R&D. This compares to a defence sector share in output of around 4%. The later defence cutbacks under Bush Senior and Clinton then curbed the growth in technological intensity by around 2%. 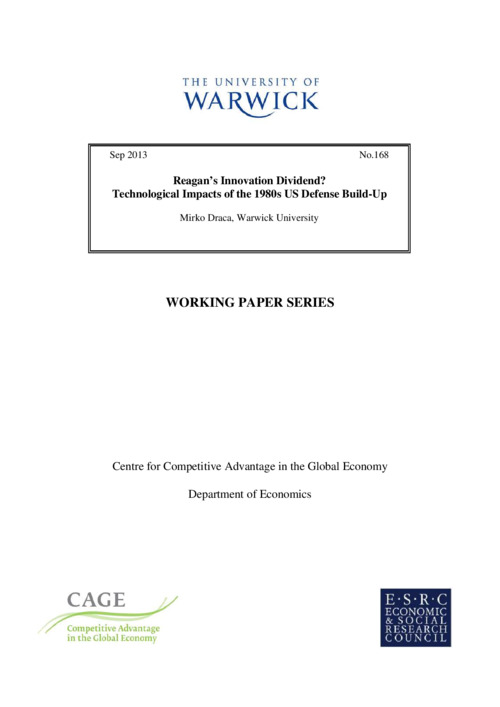