Habemus Papam? Polarization and Conflict in the Papal States

We study the effect of divisions within the elite on the probability of internal conflict in the Papal States between 1295 and 1846. We assemble a new database using information on cardinals that participated in conclaves during this period, and construct measures of polarization and fractionalization based on the cardinals’ places of birth. The deaths of popes and cardinals provide plausible exogenous variation in the timing of the conclave and the composition of the College of Cardinals, which we exploit to analyse the causal effect of a divided conclave on conflict. We find that an increase of one standard deviation in our measure of polarization raised the likelihood of internal conflict by between 2 and 3 percent in a given year and by up to 15 percent in a given papacy. The effect is largest in the initial years after the conclave, to gradually vanish over time. Cardinals’ influence on the politics of the Papal States decreased after reforms introduced between 1586 and 1588. Our measure of religious productivity, however, is negatively and significantly linked to polarization in the post-reform period. These reforms were successful in shifting the effect of divisions among the elite of one of the largest and oldest organizations from violent conflict to religious matters. 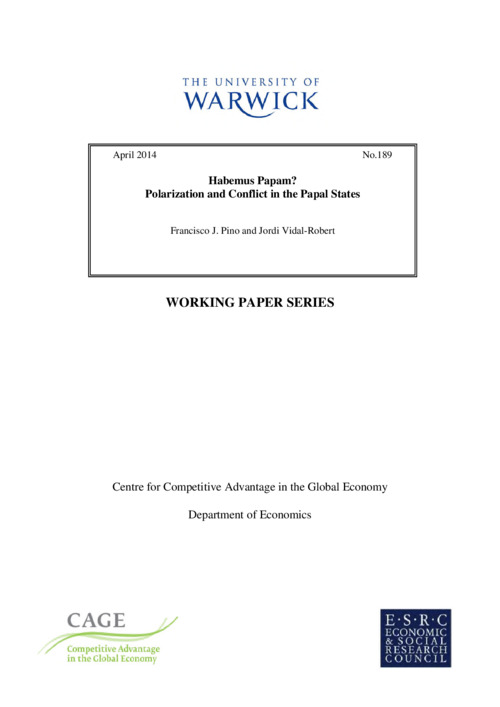