Market Integration, Wage Concentration, and the Cost and Volume of Traded Machines

We investigate the theoretical relationship between wage concentration and international market integration. Access to imported varieties lowers the cost of intermediate inputs ("machines") used to carry out production tasks, causing workers with different comparative abilities to be sorted across a narrower range of tasks and raising the concentration of earnings. The accompanying shift in input use further expands the range of traded varieties, which further lowers the cost of machines. Effects on the volume of intermediate goods trade and the number of varieties produced are mutually reinforcing, resulting in a multiplier effect of market integration on wage concentration. 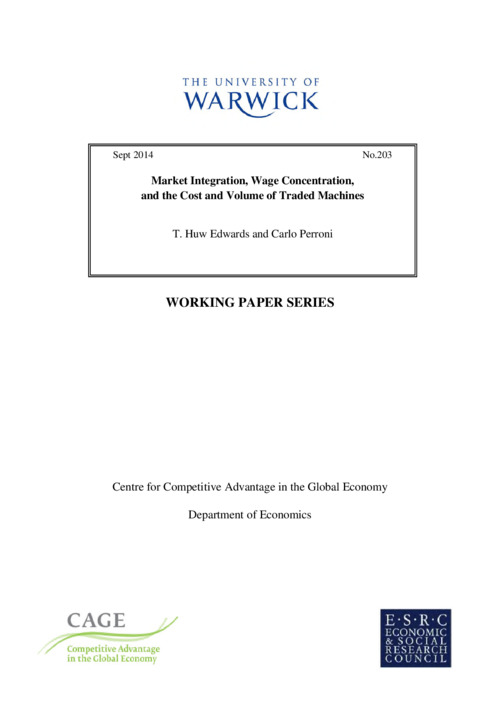