This paper re-examines output and productivity growth during the British industrial revolution in the light of recent research. Revised estimates are presented which incorporate new findings on the structure of employment, in particular, that the level of industrialization in the mid-18th century is now known to be considerably higher than was assumed in earlier work. This implies that industrial labour productivity growth was faster than believed by authors of the 1980s but still slower than earlier writers claimed. It is shown that in most important respects the Crafts-Harley view of macroeconomic growth remains basically intact. 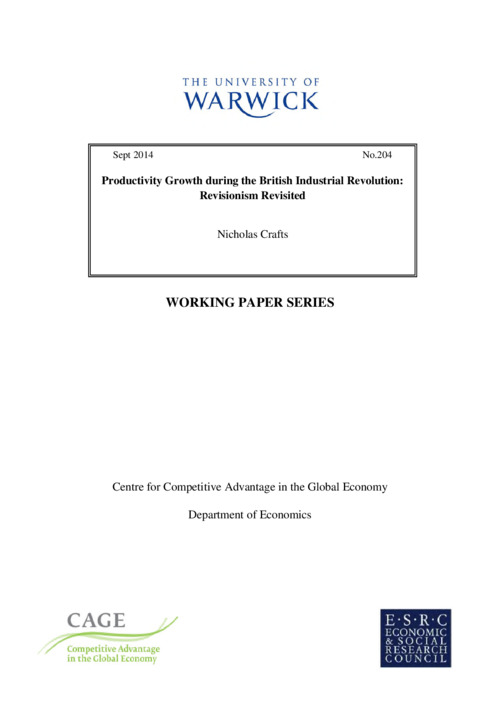