The Wind of Change: Maritime Technology, Trade and Economic Development

The 1870-1913 period marked the birth of the first era of trade globalization. How did this tremendous increase in trade affect economic development? This work isolates a causality channel by exploiting the fact that the steamship produced an asymmetric change in trade distances among countries. Before the invention of the steamship, trade routes depended on wind patterns. The introduction of the steamship in the shipping industry reduced shipping costs and time in a disproportionate manner across countries and trade routes. Using this source of variation and a completely novel set of data on shipping times, trade, and development that spans the great majority of the world between 1850 and 1900, I find that 1) the adoption of the steamship was the major reason for the firrst wave of trade globalization, 2) only a small number of countries that were characterized by more inclusive institutions benefited from globalization, and 3) globalization exerted a negative effect on both urbanization rates and economic development in most other countries. 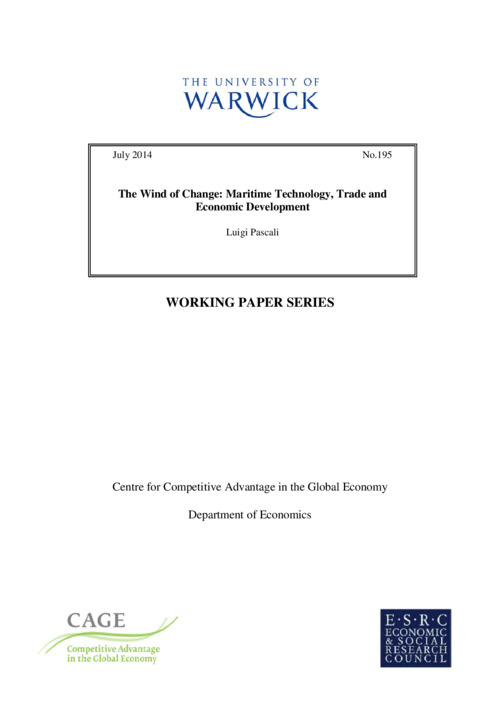