If You Do Not Change Your Behaviour : Managing Threats to State Security in Lithuania under Soviet Rule

In Soviet Lithuania (and elsewhere) from the 1950s to the 1980s, the KGB applied a form of "zero-tolerance" policing, or profilaktika, to incipient threats to state security. Petty deviation from socio-political norms was regarded as a person's first step towards more serious state crimes, and as a bad example for others. As long as petty violators could be classed as confused or misled rather than motivated by anti-Soviet conviction, their mistakes would be corrected by a KGB warning or "preventive discussion." Successful prevention avoided the costly removal of the subject from society. This represented a complete contrast to the Stalin years, when prevention relied largely on eliminating the subject from society. Preventive discussions were widely practised in many different circumstances. KGB internal evaluations concluded that these discussions were extremely effective in preventing further violations. This was the front line of the Soviet police state; it was perhaps the largest programme for personally targeted behaviour modification anywhere in the world at that time outside the education sector. It was also a front line of the Cold War because the foreign adversary was seen as the most important source of misleading or confusing influence. My work in progress aims to understand the origins and operation of profilaktika, including how and to whom it was applied, how it worked on the individual subject, and its wider influence on the Soviet Union’s social and political order. 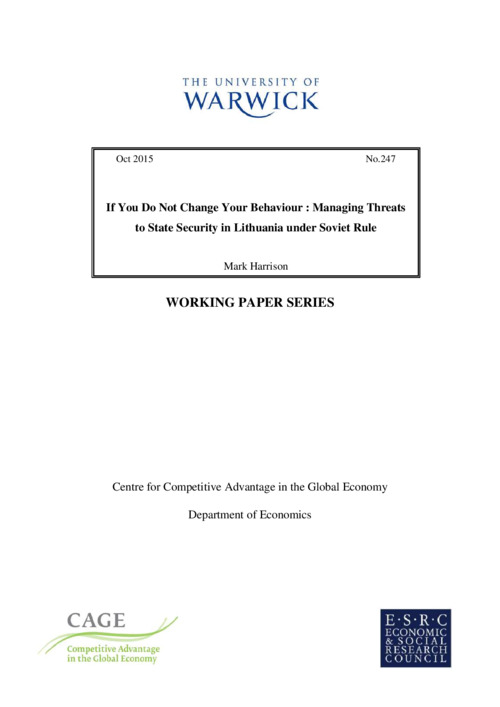